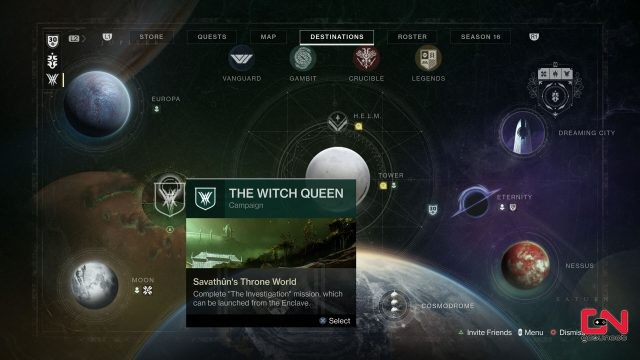 A guide on how to change The Witch Queen campaign difficulty and select the Legendary campaign.

How to change Destiny 2 The Witch Queen campaign difficulty

The Witch Queen legendary campaign is a go-to option for many veteran Destiny 2 players. Asides from a challenging story mode to play solo or with your friends, it also comes with fancy rewards well worth the effort of finishing it. When you first log in, you will be presented with an option to choose between Legendary or Regular difficulty. But the problem is that many players wanted to check something else before selecting the Legendary difficulty. They dismissed the initial entry screen because, for example, they wanted to check out the gunsmith or inspect the map.

In order to select the Witch Queen Legendary campaign, simply go to the orbit and restart the mission. And that’s all you need to do. You will need to rewatch the whole cutscene again, and then you’ll get the same initial screen with an option to select the Legendary difficulty. And that’s all you need to know about changing the difficulty of The Witch Queen camping.