Are your seasonal challenges flashing like you have unclaimed challenges in the Destiny 2 Season of the Seraph despite not having them? You should know that you are not the only person with this issue. This year’s final season marks the closing chapter to The Witch Queen era, as the Lightfall expansion releases in February 2023. Of course, there are still plenty of rewards to grab and challenges to complete before the expansion. In this guide, we explain why your weekly challenges are flashing despite you not having any challenges to claim. 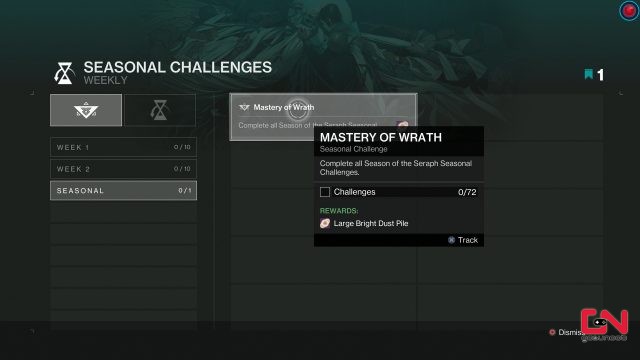 And now, since they are completed, your unclaimed challenge notification is flashing because you do have an unclaimed challenge. However, you won’t be able to claim it until they appear “naturally” in Week 3 or Week 5. And unfortunately, it’s highly unlikely that Bungie will patch out the flashing weekly challenges, as it is a minor bug. Thus, if this triggers your OCD, you’ll have to deal with it until you claim these challenges later. Once they officially go live in the Season of the Seraph, you will be able to claim them and remove the annoying notification. And that’s about all you need to know about the issue with Unclaimed Challenges in the Season of the Seraph.