To unlock the new Vex Invasion event in Destiny 2 Shadowkeep you will have to finish the quest with Ikora Rey that requires you to kill three Vex Gate Lords. As you log into the game you have to go to the tower and get the Vex Invasion quest from Ikora. You now have to go back to the Moon to hunt for 100 Vex to defeat as well as three Gate lords. These all spawn in Vex Invasion spawns that are marked on the in-game map. In this guide we will show you where to find Vex Gate Lord and how to kill him. After you manage to do this you will unlock the Vex Invasion arena that you can replay as much as you want where other challanges await. 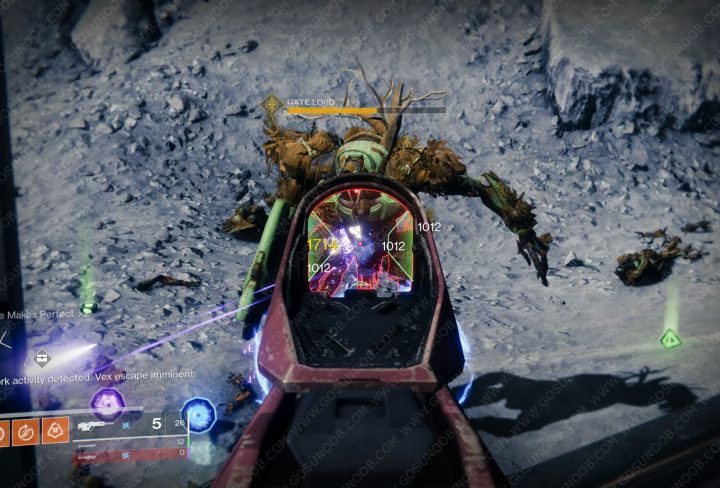 Where are Vex invasion zones in Shadowkeep?

Go to the Moon and on the in-game map you should see three diamond shaped icons with Vex heads inside. These are Vex Invasion Gate Lord spawn spots. You need to patrol in between one in Archer’s Line, Hellmouth and Anchor of Light to see which one is becoming active. You will recognize the one being active because it will have a large electrical storm raging above the spawn spot. Gate Lord will be the first to spawn with lots of smaller Vex. The intensity of the Vex Invasion will increase and more and more difficult enemies will appear. This brings us to your next problem 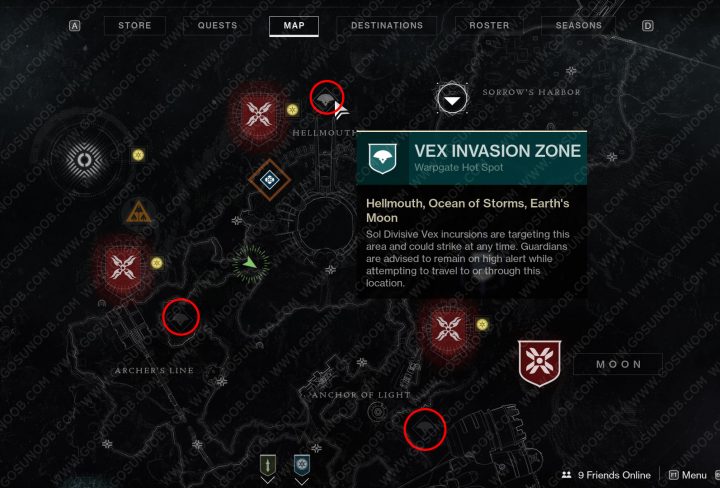 Vex Gate Lord disappears – How to kill him?

You have a limited time to kill the Gate Lord before it departs, so you have to have strong weapons or preferably a group of friends to kill him ASAP. When you see the message saying: “Gate network activity detected. Vex escape imminent.“; you will have only about a minute left to kill him before he departs. Aim for the critical point in the middle of his body. Unleash all your supers and heavy weapon shots to take him down. If he departs you will have to wait around for another 10-15 minutes before the event starts again. Good tactic is to go back to orbit and land again hoping you come across an already active Vex Invasion.

One way we’ve found to spawn the Vex Invasion Zone event, and, by the same token, Gate Lords, is to complete a Public Event on the Moon. Specifically, we completed a Heroic Public Event. After a minute or two, the Vex Invasion Zone started. We killed the first Gate Lord, and another spawned a few feet away. After killing that one, a third one also appeared a short way away. When you kill the three Gate Lords, you’ll then have to fight the Overlord, which is kind of the event boss. We are about 95% sure that this method of spawning the Vex Invasion is gonna work.

Once you defeat 3 Vex Gate Lords and 100 regular Vex you will unlock the Vex Invasion arena. From then on you will have no trouble finding Gate Lords. Be brave guardian. If you are having trouble with actually starting Ikora quest and are stuck on Eyes on the Moon step you can read all about it in our guide explaining every step.