The Division End Game starts when you reach level 30. This is the final rank, the place where XP doesn’t matter anymore.
▼Article Continues Below▼
When you get that far, you’ll need new things to do. You’ll have to start collecting Phoenix Credits, chase after high-end weapons and gear and engage in end game activities. This guide will show you what to do when you hit level 30 in The Division. 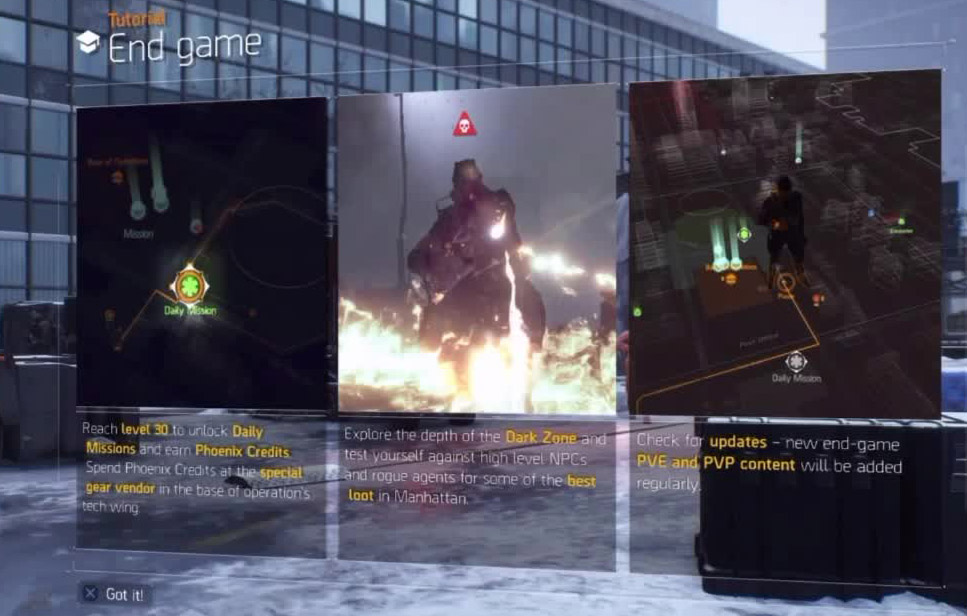 The only way to get stronger after you max out your rank is by getting better gear. Specifically, you’ll be looking to increase your gear score. For that, you’ll need Phoenix Credits, which are used for buying top equipment. Here’s a list of things you can do to pass the time :

NEXT POSTSecret Chest Locations in Missions | The Division