Elden Ring’s Nokstella Eternal City is just one of many secret areas in the Lands Between. The ever-expanding world of Elden Ring is truly humongous and it will constantly surprise you with just how many things are there to discover. And we are not talking just about dungeons or secret rooms, we’re talking about whole hidden regions. If you are struggling to reach them, here’s how to get to Nokstella Eternal City in Elden Ring. 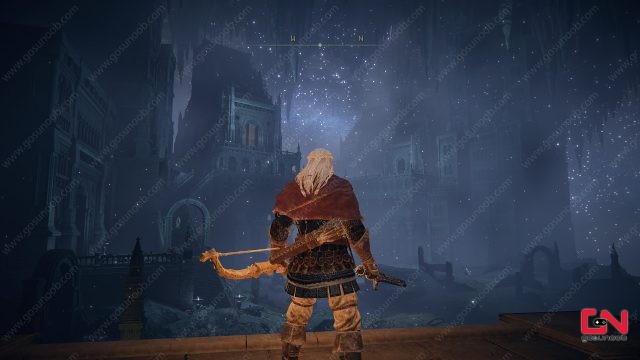 How to Get to Nokstella Eternal City in Elden Ring

In order to reach Nokstella Eternal City in Elden Ring, you’ll need to conduct a series of steps and meet preconditions. The city is located in the Ainsel River region. Or to be more specific, in the Ainsel River Main area. But to reach this area you’ll first need to work for Ranni the Witch and complete several tasks for her.

In order to reach Ranni at Ranni’s Rise and offer your service to her, you’ll need to battle your way through the Caria Manor. This means defeating Royal Knight Loretta, a boss in the Caria Manor. When you clear the manor, you’ll get access to Three Sisters/Ranni’s Rise.

Find Ranni there and accept her offer to serve her when being asked. Keep in mind that she will not ask you to serve her if you haven’t met the requirements. She will only ask for your service after you’ve defeated Rennala Queen of the Full Moon in Raya Lucaria Academy and Radahn in Caelid. You’ll also need to acquire access to Nokron Eternal City.

With all these requirements met, it’s guaranteed that Ranni will ask you to serve her, an offer you should accept. This will kick off her questline. Work through her quest and at one point, you’ll be sent off to Night’s Sacred Ground in Nokron Eternal City. The important part here is to find the Fingerslaying Blade and bring it back to Ranni. For this, she will give you the Carian Inverted Statue, which you will use to access the Inverted Carian Study Hall. Clear the inverted hall and the Divine Tower of Liurnia, and make sure to grab the Cursemark of Death key item once you defeat the Godskin Noble boss.