Metallic Archaea is a main mission in Metal Gear Solid V: The Phantom Pain. It’s the 29th story mission – one of the shorter ones, but scary and exciting nontheless. Your main task will be to survive a battle with 5 Skulls, without the option to escape. To make things more interesting, a bunch of puppet soldiers will be roaming the battlefield slowly, looking to grab you. 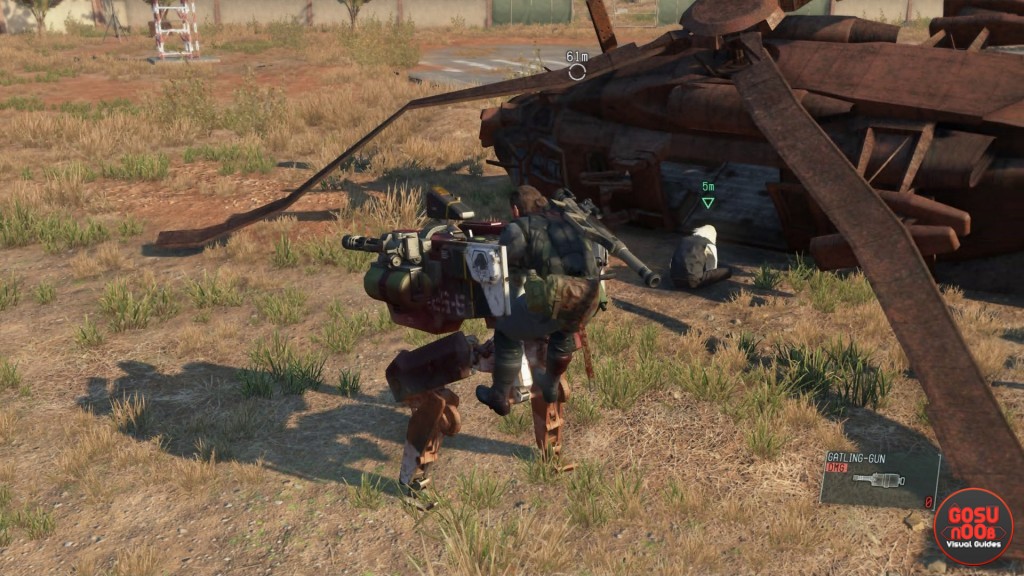 None. This is essentially a boss battle.

Fight off the Skulls’ assault, and return to base with Code Talker. An unusual mist has blanketed the area. The Skulls must be eliminated before it will clear.

There will be 5 Skulls and a bunch of zombified puppet soldiers. You won’t be able to request supply drops, so you should make every shot count. Your best bet is to take D-Walker with you – even with the gatling gun, he does a whole lot of damage. Having a rocket launcher in your loadout helps out a great deal, too. Zoom around the field, try to separate the enemies and pick them off one by one. Beware of the black smoke, though – it damages D-Walker.

After the fight is over, just take him to the landing zone nearby.

Completed the mission without being grabbed by a puppet soldier

Riding D-Walker during the fight makes it almost impossible for the zombies to keep up, let alone attack you. If you run out of ammo for the robot, make sure you dismount away from the soldiers, and relocate if they close in.

Skulls don’t die when you shoot them. You don’t need to use a non-lethal weapon – just don’t forget to Fulton them after the fight is over.