Sahelanthropus is the 31st mission in Metal Gear Solid V: The Phantom Pain. This is when you’ll finally get to fight the giant bipedal robot you first saw while rescuing Dr. Emmerich in Mission 12: Hellbound. The fight is tricky, but with the right approach, you can easily win.

There are none – but you’ll get to drag the giant robot back to your base.

Prevent the combat deployment of the upright bipedal weapon Sahelanthropus, and take vengeance on Skull Face. 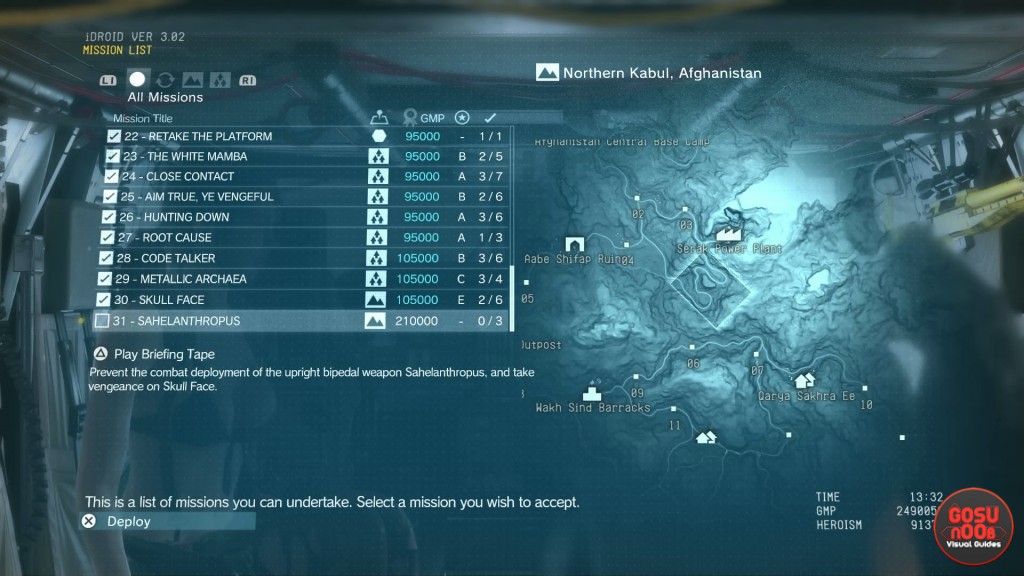 Equip yourself with a rocket launcher and a grenade launcher. The easy way to do this is to kite the robot around a rock that’s tall enough so that he can’t see you behind it. His stomach is his weak spot. There’s several attacks you should look out for:

We haven’t managed to do this, but it’s probably done by aiming for his head most of the time.

Successfully hit the floating boy with an attack

The floating boy will appear from time to time, triggering reflex mode when he does. When this happens, just turn towards Sahelanthropus and wait for the boy to enter your field of view, then chuck a rocket or a grenade at him. He’s not hard to hit (like he was the first time around), but you’ll have to have a direct line of sight to the robot.

Previous Mission
Skull Face Next Mission
To Know Too Much

NEXT POSTTo Know Too Much Walkthrough | MGSV: The Phantom Pain