There are ten weapons in Rage 2. You’ll get two of them right away – the most basic, boring ones. Two more are only available to those who’ve preordered or bought the deluxe edition. The rest of the arsenal is hidden in various arks, and you’ll have to put in some work if you want to unlock them. If you want to quickly find them all instead of roaming around the wasteland aimlessly, this guide will show you all Rage 2 weapon locations. 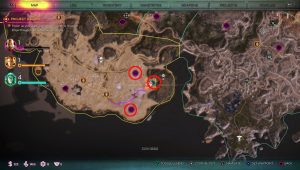 This weapon fires plasma slugs and has a high rate of fire. Aside from ammo, you’ll also have to worry about overheating when using it. Overheating is good, to an extent, since it increases the damage you do, but too much of it will jam the weapon temporarily. Use the alt-fire to cool it down.

The rocket launcher can be found in the Strongbox Ark, which is in the middle of the Torn Plains area. There’s nothing special about this ark – you only need to find the entrance and you’ll be allowed inside. The launcher fires standard rockets that explode on impact, but it can also shoot smaller homing missiles. 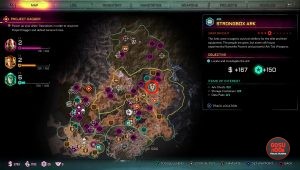 The quirky grav-dart launcher is hidden in Ark 421c, affectionately known as Needle Falls ark. You’ll find it in the western part of the Wilds, the northernmost area of the map. The entrance is a bit hidden – you’ll have to climb to the top of the highest mesa in the area in order to find it. 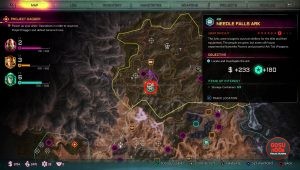 It’s a simple weapon, and it’s really fun to use. Use regular fire bullets to mark enemies, then use alt fire bullets to mark whatever you want to be the center of gravity. When you do, it will pull the enemy towards it, making it suffer collision damage. The more regular bullets you fire into the enemy, the harder the pull will be.

The hyper-cannon is hidden away in the Greenhaven Ark, which can be found in the north of the Wilds. The catch is that it’s guarded by a bunch of enemies, including a nasty Cyber Crusher boss. It has a weak spot on the back, so make sure you use that to your advantage. The cannon is basically a rail gun – it shoots a powerful laser that can be charged, which makes it pierce targets. 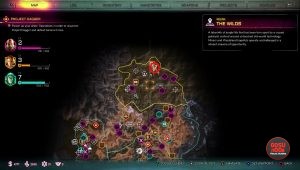 You’ll find the firestorm revolver in the northern part of Sekreto Wetlands, in the Dank Catacomb Ark. It’s in the middle of a settlement, so it’s pretty hard to miss. You’ll have to clear some enemies before you can enter, though. It’s a pretty regular revolver, except it shoots combustible bullets. 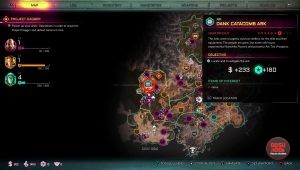 You’ll get the combat shotgun from Ark 402a, during the Blackout main story mission. This means you can’t really miss it. It’s a pretty standard shotgun, with the ability to fire a slug that can knock down single enemies.

The settler’s pistol is a preorder bonus – if you haven’t bought the game before release, you won’t be able to get it. If you have, you’ll need to complete the Cult of the Death God mission.

The BFG 9000 is a only available as a deluxe edition bonus, at least for now. You’ll get it from a falling meteor somewhere around Vineland. For more details, check out our guide on how to get BFG 9000.

The sidewinder pistol and the ranger assault rifle are default weapons. You’ll have them on you as soon as you start the game. They’re pretty basic, but still useful at times. Especially on harder difficulties, where you have to ration your ammo.

NEXT POSTRage 2 Firestorm Revolver Location – How to Get