Robbing trains is one of the activities you can do in Red Dead Redemption 2. It’s a nice enough pastime for the common bandit, and it’ll earn you some cash. Problem is, you’ll also get a bounty on your head the second you begin your criminal endeavor. There are smart ways to rob a train, though, which will result in absolutely no bounty. That’s why we’ve written our Red Dead Redemption 2 best way to rob train without bounty guide, to help you become a better criminal.

How to rob a train without bounty in RDR2?

Technically, you won’t get bounty until the lawmen arrive and see you, but the game is rigged – they’ll appear on the edges of the minimap as soon as you get the wanted status (by shooting a guard or blowing up a safe). You need to avoid fighting them, as that’ll only increase your bounty. To do that, you need to stop them from entering the train. Begin the robbery by killing the driver while in a tunnel (there’s a good one between Annesburg and Bacchus station, in the Grizzlies). That way, the lawmen won’t be able to get on and you’ll be allowed to rob the thing in peace. After a while, the wanted status will disappear, and you’ll get no bounty. 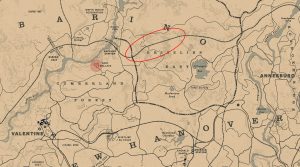 So here’s the whole step by step: go to Annesburg and board a train. Sit in the car nearest to the locomotive. Wait a couple of minutes until you’re in the tunnel, then start shooting the guards. Kill the driver and stop the train in the tunnel. Once you’ve clearead all the enemies, blow up the safes in the armored cars (plant the dynamite on the safe by pressing R2 (RT) without igniting it). Wait for the wanted status to disappear, then start the train and get it out of the tunnel. Now you’ll have enough light to loot the containers and rob the passangers.

You can ride the train until you’re near Valentine, then get off and go to town and buy a ticket to Rhodes or Saint Denis. Sell the stuff you’ve stolen to a fence there, then get another ticket and head back to Annesburg if you want to repeat the robbery.