Your hat in Red Dead Redemption 2 is not just part of your outfit – it’s part of who you are. Yes, it’s that important. Since it isn’t nailed to your skull, it can fall off easily when you jump or get hit. Getting it back is a simple process, but if you forget to pick it up, you’re in for a nasty surprise once you realize it’s missing. Thankfully, there are ways to get it back even if you have no idea where you left it. In this guide, we’re going to show you how to get your hat back in Red Dead Redemption 2.

How to retrieve Arthur’s hat in RDR 2? 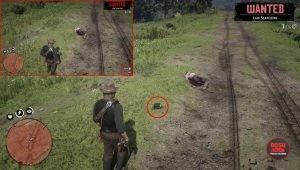 If you notice only after you’ve left the scene of the crime, there are still ways to retrieve it without going back. For instance, you can use a wardrobe. There’s one in Arthur’s tent in your camp, but there’s also one in every hotel. Simply open up the wardrobe, scroll down to the hats section and choose any one you like. 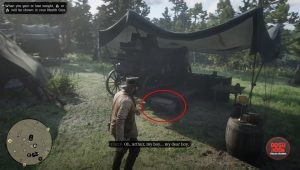 The easiest way to reequip your hat, though, is from the horse menu. While you’re on the horse, open up the weapons wheel. Press R1 until you get to the horse wheel, then look in the lower right corner. You’ll see Arthur’s hat there, along with the last one you equipped at the wardrobe. 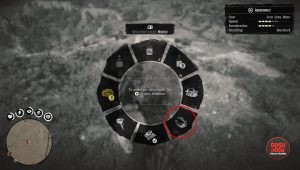 As you can see, there’s plenty of ways to get your headgear back after you’ve lost it. After all, what’s a cowboy without a hat?

NEXT POSTRed Dead Redemption 2 How to Change Outfits & Clothes