RDR2 Online has been updated with the Moonshiners pack and the Outlaw Pass No. 2 today. They bring a bunch of new stuff into the game, but what’s going to interest fashion aficionados the most are the new long ponchos. Yes, there are finally proper ponchos in the game, ones that go below the shoulders. If you’re wondering what they look like and how to get them, this guide will show you all RDR2 Online long ponchos, including Torras, Guerra and Rebellion.

We’ve managed to find three so far: Guerra, Torras and Rebellion. Two of them are store-bought, while the third is an Outlaw Pass reward. They’re not exactly long – not when compared with the ones Clint Eastwood wore in his spaghetti western days – but they’re longer than the pitiful ones we’ve had before.

The Guerra poncho can be bought from any tailor in the land. It costs $264, and looks like a mix between a burlap sack and a rug. It’s pretty expensive for what it is, but it does cover the front, too, which makes it pretty unique. It has several vertical lines on the sides, and changing the color scheme will repaint those, as well as the background. 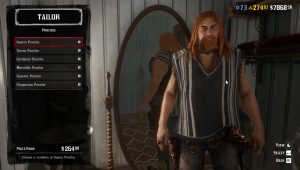 The Torras poncho is also available for purchase at any tailor’s store in the game. The price is $202, which is kinda weird since it looks much better than the previous one. It doesn’t cover the front, though, as it’s pulled back over the shoulders. It’s decorated with stripes of varying width, and has three colors per scheme. 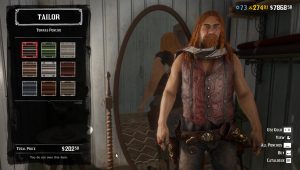 The Rebellion poncho is stuck behind both a paywall and a lengthy grind. It’s part of the Outlaw Pass No.2, and you’ll unlock it when you reach rank 96. It has a flying eagle on the back, and stars and stripes in the red, white and blue variety all over. 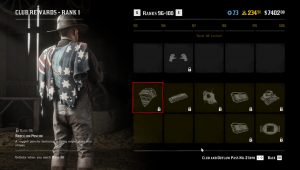 PREVIOUS POSTRDR2 Online How to Get Navy Revolver