If you want to know how to enable The Witcher 3 FPS counter, we’ve got you covered! The eagerly-awaited Witcher 3 next-gen update has finally arrived. And it comes with a plethora of excellent new features, upgrades, improvements, and new content. Unfortunately, but unexpectedly, it also brings a box full of problems and bugs. The game’s performance has been abysmal since the next-gen update. And the worst part is that players don’t even know how to check FPS. In this guide, we explain how to show the frame rate in The Witcher 3 Next-Gen update. 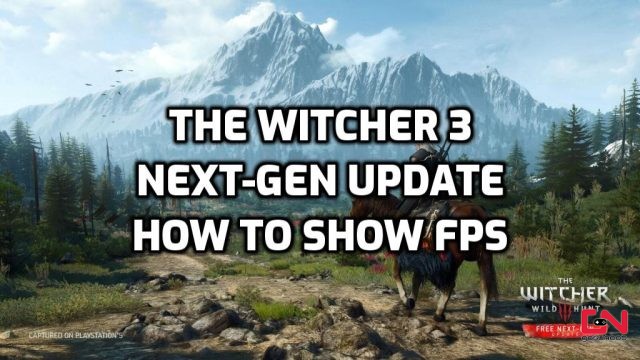 How to Enable Witcher 3 FPS Counter after Nex-Gen Update

The Witcher 3 doesn’t have a native in-game option to show the number of frames. Instead, if you want to see how many frames per second your PC rig can handle following the next-gen update, you’ll have to use some of the many available third-party apps with that feature. If you play the game on Steam, here’s how to see your frames per second (FPS) in-game:

Alternatively, you can use third-party overlay apps, such as GeForce Experience Overlay FPS Counter, MSI Afterburner overlay, or many others. Unfortunately, at the time of writing, there is an issue with The Witcher Next-Gen update which prevents all these overlay options from even working. And that’s why many players are having trouble finding an option for The Witcher 3 FPS counter – nothing works! Luckily, there is a temporary workaround which should do the trick while we’re waiting for CD Projekt RED to fix many of the issues with the next-gen update. For that, check out our dedicated guide on how to fix The Witcher 3 Overlays not working issue.