Bear School Gear is a set of armor in The Witcher 3. It provides amazing protection at the expense of stamina regeneration. The set is located in Skellige, and the suggested level for going on this adventure is 20. When you get all the pieces, you’ll unlock the Armed and Dangerous achievement. In this guide, we’re going to show you where to find the diagrams for Witcher 3 Bear armor, the stats of the pieces and the ingredients needed to craft them. 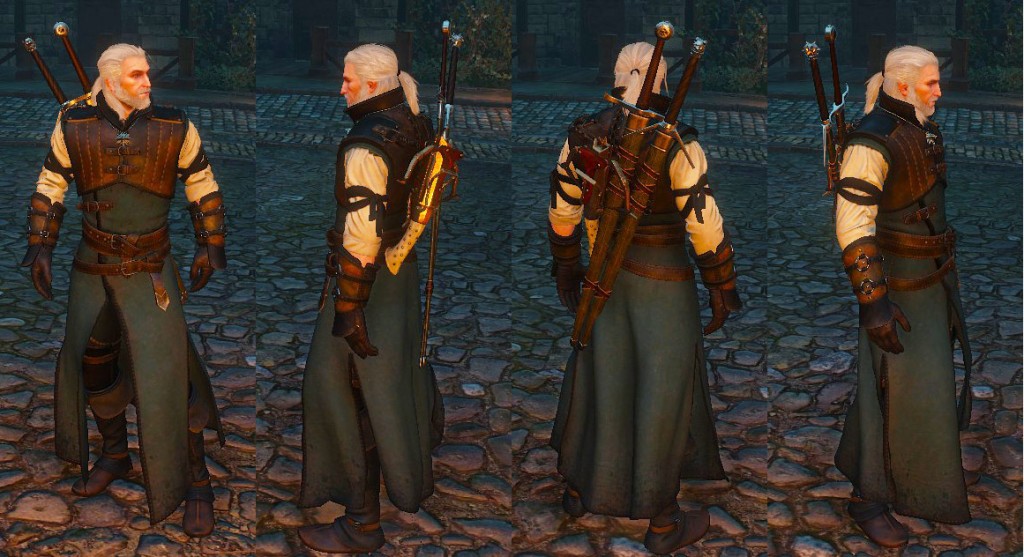 We have also prepared for you the following guides:
UPDATE: The required level for using this set was raised in update 1.07. We’ve changed the data in the guide to match it. If you’re using an older version of the game, you might see different numbers.

The armor pieces from the set are located on An Skellig, the nort-eastern island. They are in a fortress north of Urialla Harbor. The road to the fort has collapsed, so you’ll need to do a bit of climbing and jumping. Go to Yngvar’s Fang, ignore the level 16 rabid rock troll, and follow the trail. You’ll have to deal with some level 13 sirens, which are easy prey if you ground them with your crossbow.

The trail will lead you into the fort. Once you enter, go left and down the stairs, into the dungeon. The level 7 wraiths waiting inside shouldn’t pose a threat. Go to the far side of the room and pull the lever on your right. Jump down the hole in the cell next to you. Turn right at the crossroad – two level 20 wraiths will chase you, but you can safely ignore them. Climb the stairs and jump over the rocks.

You’ll find yourself in the throne room – the diagrams are in the chest next to the throne. Once you grab them, pull the lever next to the door to open it, and you’re free to go.

Note: Some people are having problems with a bug that doesn’t let them leave this place. There’s a glitch that lets you overcome this by going through a wall. Here’s how to do it:

Travel to Spikeroog, the north-western island. There is a road on the south side of the island that meets the coast just south of the Old Watchtower signpost. There’s a coastal cave by the road. Go inside – you’ll have to fight level 15 drowners, at least three of them. You can easily separate them and murder them one by one. At the first fork, go right.

Climb the rocks, then jump across the gap to a platform with a skeleton. The diagram is on the corpse.

The steel sword diagram is on Ard Skellig, the central, largest island. It is located in the far south, at the Ruined Inn. There is a Monster Nest with level 13 sirens nearby, but you can ignore them. Go into the charred inn, and use Aard to open the passage into the basement. The diagram is in a chest down there, but you’re going to have to deal with 2 level 20 wraiths to access it.

The silver sword diagram is on Ard Skellig as well. You’ll find it at the ruins of Fort Etnir, north of Rogne. It’s the toughest one to get – it’s on a corpse in the only accessible room, guarded by two level 15 gargoyles and an even stronger ice elemental. You could try to sneak by them, but it’s hard – you’ll probably have to kill them in order to get it.

The Bear School set consists of heavy armor, which provides great protection at the expense of stamina regeneration. It also provides a boost to the adrenaline point generation. The swords and armor pieces require you to be at level 20, and the crossbow level 29. 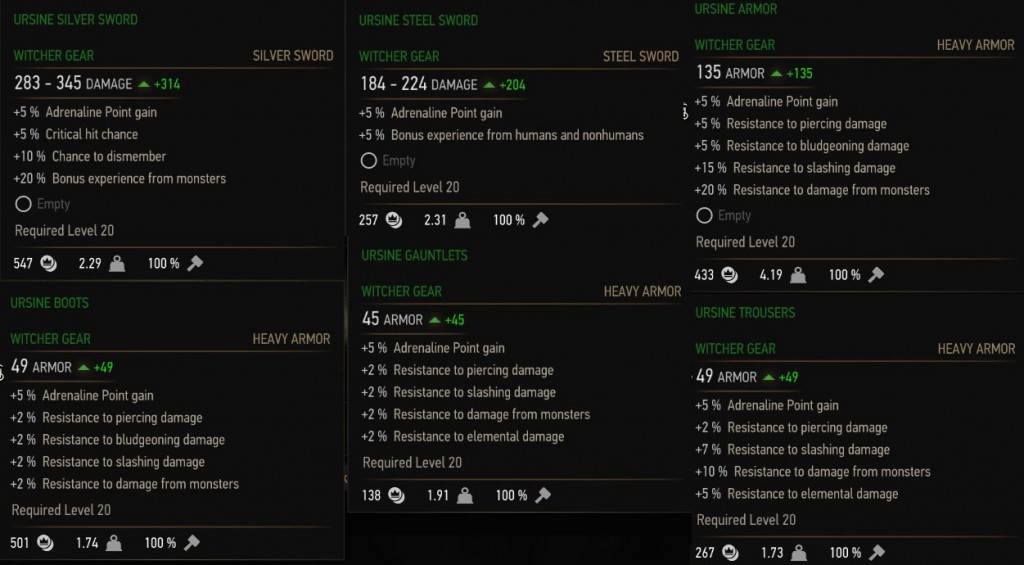 Materials needed for crafting the gear

Many of these can be obtained by dismantling gear you won’t use. Others can be bought at shops. You’ll need access to a journeyman blacksmith and a journeyman armorer.