Eiridian writings are a type of collectible in Borderlands 3. They’re strange letters etched into plaques hidden away in caves across the galaxy. You won’t be able to decipher and read them until you’ve learned a secret language, which will happen automatically at some point in the main story. After that, you’ll have to run around the known universe and visit them all. Once you’ve deciphered them all, you’ll unlock the Tales From The Eridian Slab achievement. If you’re wondering where to find them, you’re in the right place. Our Borderlands 3 Eridian Writings locations guide will show you exactly where to find each of them.

There are two pieces of Eridian writing in this area. You’ll find one to the west of the base, in a cramped cave next to the arena where the Lavender Crawly legendary hunt takes place. The other one is on the other side of the map, in the appendix-like part on the eastern edge. It’s a sub-area called Eridian Dig Site, which you’ll visit during a main story mission. It might not be accessible before that, but that’s rather irrelevant – you won’t be able to decipher the writing until much later. 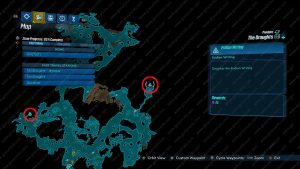 There’s only one Eridian collectible in this area. You’ll find it all the way in the north, on a ledge overlooking the Catch-A-Ride vehicle bay on the edge of the camp. In order to climb up there, you’ll have to go around, through the camp. 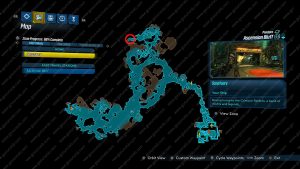 The single piece of Eridian writing in Athenas can be found in the farthest south of the map. The plaque is in the room after the Captain Traunt boss fight. You’ll have to defeat the boss in order to access it. 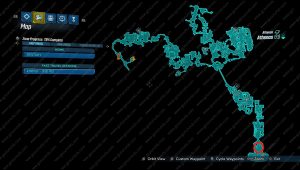 There are two plaques in this area, and both are under giant trees. The first is in the northwestern corner of the map, while the other is in the south, near the fishing shack with the net. 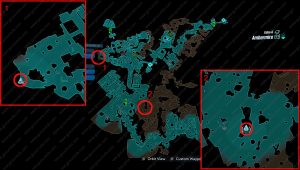 The eridian writing in the Anvil is in the south, near the edge of the map. You’ll find a sewer entrance near the bottom of the map – go inside and follow the tunnels until you reach the laundry room. That’s where you’ll find the collectible. 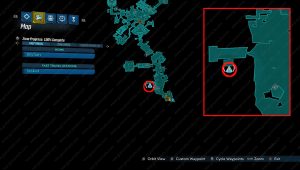 The one in Athenas is all the way in the south. After you defeat Captain Traunt, you’ll find it on a block in the temple beyond the arena. 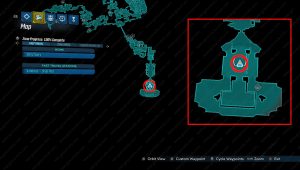 Where to find Eridian Writings in Atlas HQ

The collectible at Atlas HQ is on the top floor, in the CEO’s office. Turn right when you enter, and you’ll see it on the wall. 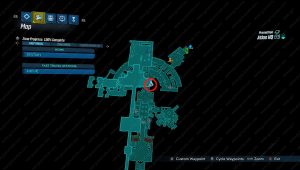 After you defeat Aurelia in the Copperstill, go outside and head left. You’ll find the plaque in the cave behind the waterfall. 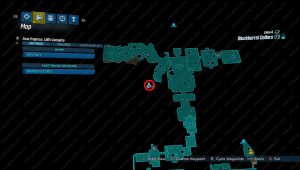 Carnivora eridian writing – how to get

This one’s particularly easy to reach. It’s on the side of the cliff that goes along the northern edge of the map. 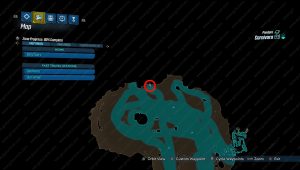 You’ll find it in the northwestern corner of the map, in Mack’s Head Room on the upper floor. It’s above the wall of monitors in the back. 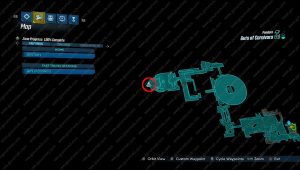 It’s in the cave in the northern part of the desert, directly south of the complex. 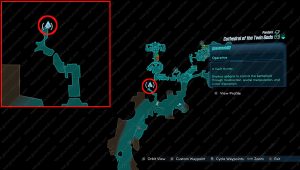 There are two of them here. The first is in the southwest, in the north corner of the hall with the big statue. The second is on a cliff in the northern part of the area. 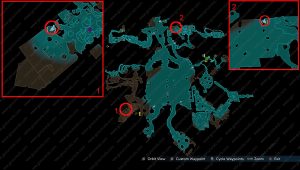 You’ll find this one in the side-cave in the northern part of the map. A big, glowing, red triangle will draw your attention to it. 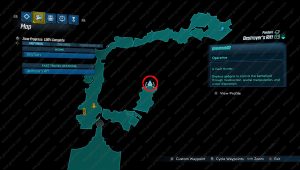 There are two in this area, and both are along the western edge – one in the middle, the other in the south. The first is on a cliff next to a giant skull, while the other is in a nondescript cave. 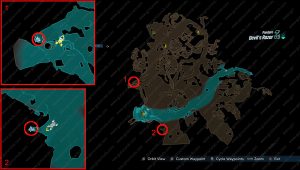 There are two here as well. The first is in the northwestern corner, under the roots of a big tree near a waterfall. The second is in the northeast, also within the tangle of a tree’s roots. 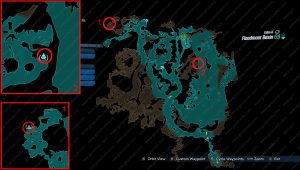 The eridian writing plaque at Jakobs Estate is in the village in the south. You’ll find it on the ground, next to a tree behind the houses. 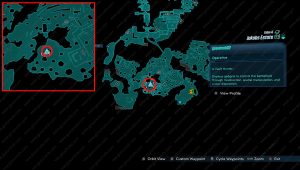 Konrad’s Hold eridian writing – how to get

The one in Konrad’s Hold is on the lower level, all the way in the west. It’s in the last room, on the wall opposite the entrance. 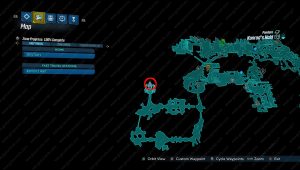 You’ll find this one in the underground part of the city, in the west. It’s above the rubble across the way from One Punch’s room. 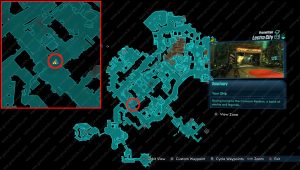 The one in the Metroplex is right next to the fast travel point in the south. Look for it on the pillar to your right. 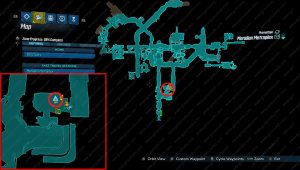 This one’s all the way in the west. You’ll find it in the Mt. Schuler recovery center. It’s behind the screens and hospital beds on the right. 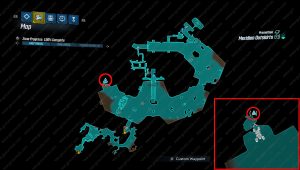 Neon Arterial eridian writing – where is it

Go to the caves in the western part of the map. Look for the collectible on a stone slab along the eastern wall. 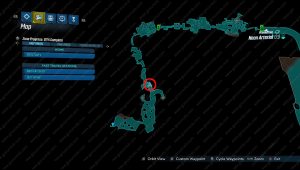 Go to the northwestern part of the Pyre of Stars. Before you reach the floating island, look for square stone pillars – the plaque will be on one of them. 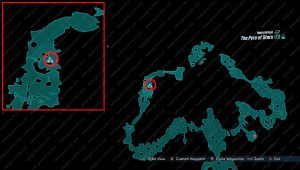 You’ll find it in the northern part of the upper level, in one of the dead ends. It’s on the wall of the hangar, in the dark. 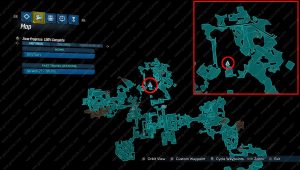 The collectible in Splinterlands is in the southwest of the map. Follow the western edge from the south towards the north, and you’ll soon reach a Carnivora billboard. Go into the cave next to it and you’ll find what you’re looking for. 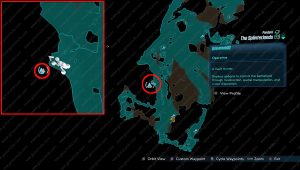 Tazandeer Ruins eridian writing – how to get

Go to the north of the upper floor. There’s a spot with simetrical rooms in the west and east. Go into the western one and through the door with the green lights. The collectible will be on the back of the statue in the red room. 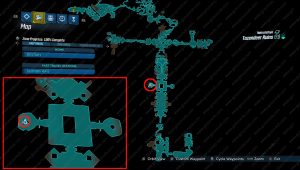 The plaque is around the middle of the map. Go into the cave behind the big waterfall and look for it around halfway through. 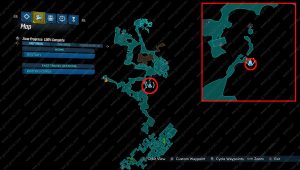 This could easily be the last piece you collect. It isn’t marked on the map, even if you pass it by, which means that by the time you get the ability to parse the writing, you’ll probably forget all about it. It’s in the infirmary, on the south side of the upper level. 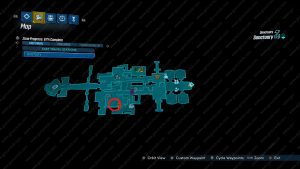 Eridian writing – how to decipher & use

It’ll be a long time before you can decipher the Eridian writings. You’ll need an item called Eridian Analyzer, which you’ll receive later (much later) in the main story. It’ll allow you to interact with these slabs. Each one will drop a certain amount of Eridium – the purple currency you can spend in Crazy Earl’s shop.

NEXT POSTBorderlands 3 How to Leave & Get Back to Sanctuary