Destiny 2’s latest season was all about preventing a disaster. The Almighty, the immense spaceship used by the Cabal to destroy entire solar systems, was set towards the Earth to land on the Last City and destroys it. The only way for Guardians to save the Last City was try waking up Rasputin, the AI that once commandeered our solar system’s defensive network. They had to complete Seraph Tower events in order to power the AI. They were successful and the final moments of the Almighty were part of Destiny 2’s first-ever live event.

Destiny 2 Live Event Was Long, The Tower Got Damaged, And Players Received A New Emblem 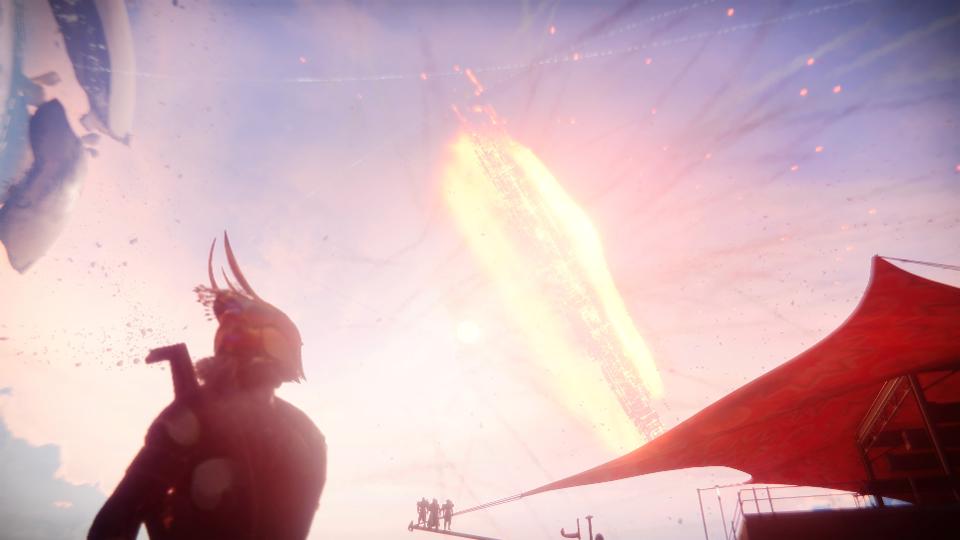 The event started at 7 pm CET and for more than an hour, almost nothing happened. The Almighty slowly approached the Earth and that was pretty much it. After about an hour and a half, Rasputin launched the defensive measures, showering the Almighty with thousands of missiles. The ship’s surface got fired up with a huge number of explosions, and then it started falling. Luckily, it crashed pretty away from The Tower and The Last City but debrief from the explosion did some damage.

The Tower suffered some damage, but nothing serious. There are a couple of points with damaged walls, but that’s pretty much it. Once the event ended Zavala talked with players and they all received a new emblem. Luckily for those who weren’t part of the event, the emblem can be redeemed at any time.

Overall, the first Destiny 2 event was a bit of a dud. It was pretty long and while the final moments of The Almighty were pretty cool, with a bunch of explosions, shockwave and all, the whole thing was sort of boring. But it was the first time for Bungie to try something like that so we shouldn’t be too harsh. We hope the next live event will be more interesting. Now that the Almighty is no more, it’s time for the new Destiny 2 season to start, which is taking place on June 9.

PREVIOUS POSTFrostpunk Will Receive Its Final Expansion, Titled On The Edge