For several hours now Destiny 2 players have been having trouble getting into the game with error showing up on their screen saying: “Your permissions to access online multiplayer gameplay may have changed or your profile may have been signed in elsewhere.”. As with any big game launch that has online features there are rough patches that happen and can’t be helped until the developers manage to iron things out. Bungie has officially stated on their support Twitter account that they are investigating the issue, and this has been ongoing for the past 5 hours at least. Here are the tweets:

We are investigating players on PlayStation 4 receiving errors indicating permissions to access online multiplayer may have changed.

Investigations for this issue are still ongoing. https://t.co/kOTslp7vgT

It seems though that this is not only Bungie’s fault. Playstation tweeted, at about the same time, that some PS4 users have trouble accessing PSN tonight and this might be direct cause for the error. Playstation Network as such is not down and I successfully logged out and back in again into the PSN account that I use to play Destiny 2 on and still couldn’t get into the game. It seems that there is a bug in the permissions part of the Playstation Network.

We are aware that some PS4 users have reported issues accessing PSN tonight. Thanks for your patience as we investigate.

If you visit the official Playstation Network Service Status page you will see that Gaming And Social section has trouble and that they are working on it.

Is there a fix for Permissions to access online multiplayer error in Destiny 2?

Best thing to do for now is wait for Playstation engineers to fix the issue and check the PSN Status page regularly to see if they resolved the issue. I am betting that the moment PSN handles their thing Destiny 2 will be playable again and you will be able to continue your epic adventures. Having PS4 exclusive content you can bet that both Bungie and Sony are doing their best to resolve this problem as fast as possible or disappointed players may regret their decision to play the game on this platform. Here’s the full text of the error people are getting in Destiny 2 once they start the game and pick their character:

You have lost connection to the Destiny 2 servers. Your permissions to access online multiplayer gameplay may have changed or your profile may have been signed in elsewhere. 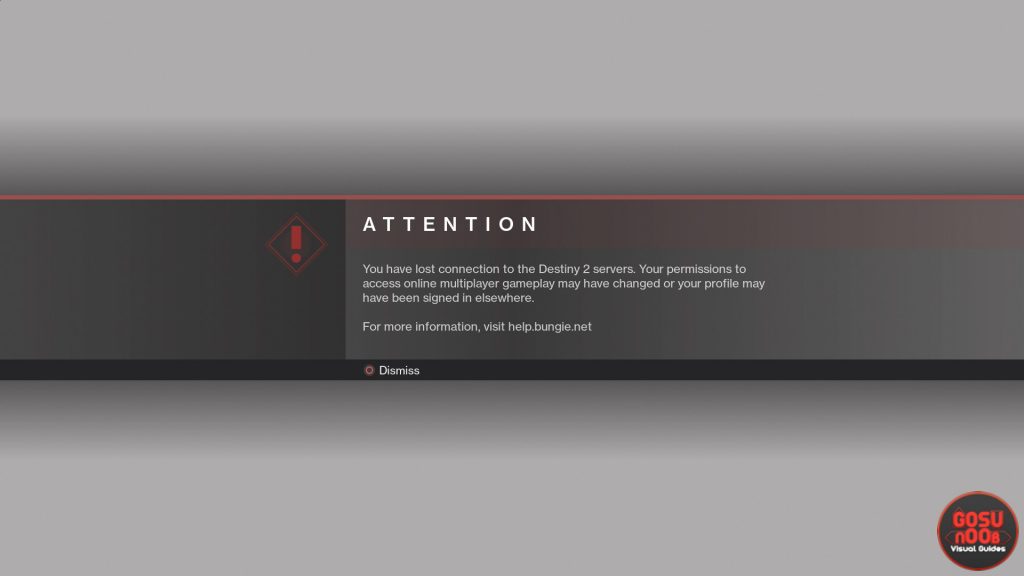 To make your wait a little more bearable here are some of the comments Twitter users left to Playstation announcing they have PSN issues.

"Were quickly working to resolve "these" issues. pic.twitter.com/vQjnOCQcm6

PREVIOUS POSTCode Vein Will Have Companions and they’re Optional

NEXT POSTDestiny 2 Relic of the Golden Age Unlocks Sturm Exotic