Seeds of Light in Destiny 2 Forsaken are items that help you unlock the final section of your subclass. Each class in the game has three sub-classes. Each of these has different ways you can build them. For example, a titan has Sunbraker, Sentinel and Striker and Sunbraker had Code of the Fire Forged and Code of the Siegebreaker builds. In Forsaken additional subclass build has been added and in our example it is called Code of the Devastator. Unlocking this talent tree for the first subclass is easy and is done while playing the Forsaken campaign. Getting additional Seeds of Light to unlock your second and third sub-classes’ last build option is quite hard. There were rumors that you would even have to wait a week before you get a chance to find more Seeds. In this article we’ll cover the most frequently questions about getting more Seeds of Light in Destiny 2 Forsaken. 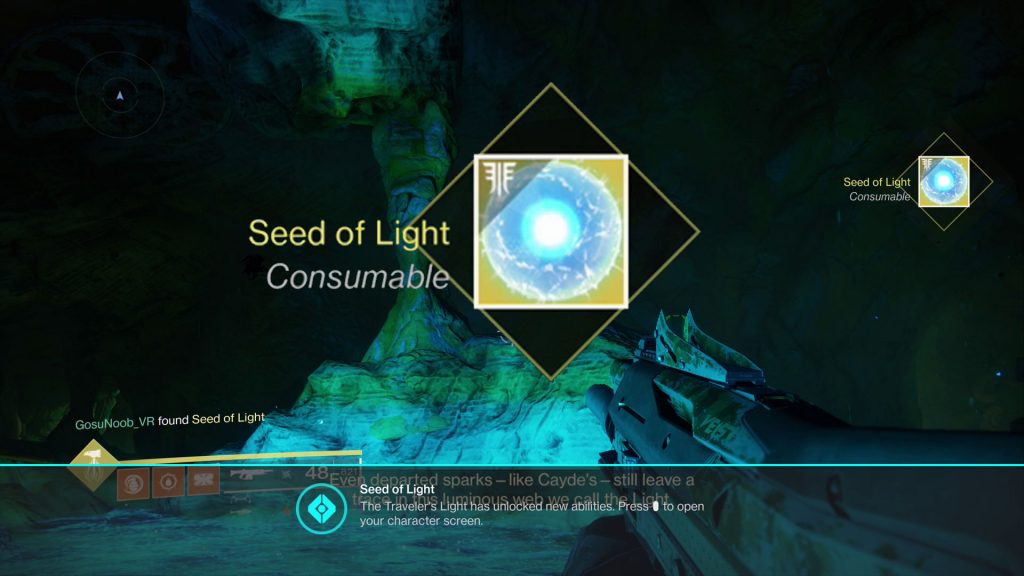 How to unlock the second and third Seed of Light in Destiny 2 Forsaken?

Update: September 14th
Just confirmed you’ll get the third seed of light from finishing the first encounter in the raid.

You have to finish the Forsaken campaign and unlock tier two or higher quests with Petra Venj in the Dreaming City. While completing Blind Well tier 2 for her there’s a small chance that additional Seed of Light will drop for you. Initial reports said that the developers said you should use the first Seed of Light you get in the story to unlock the tree in the subclass you will be using to raid with in the new Forsaken raid. Later they were also quoted to say that hardcore players will be able to unlock additional subclass trees, but they didn’t specify how. Players are now discovering that they drop from harder enemies that you encounter from Petra’s tier two or higher bounties. They are extremely rare drops though. There are also report that doing events that are power level 550 or higher have a chance of dropping them. In any case you need to finish all of the Forsaken story and do post story content to unlock the second and third Seed of Light

When and where can I get more Seeds of Light in Destiny 2?

Complete the Destiny 2 Forsaken main story and gain access to the Dreaming City. You should start doing quests for Petra there and once you get to tier two do Blind Well until you get Seed of Light to drop. It is said that they also drop from other post-story events that are of light level 550 and above. Lastly, it was mentioned that there might be a quest for getting an additional Seed of Light, but that it might not become available until the weekly reset. This is just rumored and might not be true. I am thinking that it is more likely that Seeds of Light will have a better drop chance during the raid and that is why people are connecting their discovery to a weekly reset when the raid is supposed to go live.

Are Seed of Light drops time locked to drop weekly?

Destiny 2 Forsaken developers were quoted that players might have to wait until the second week since the game launch to get their second Seed of Light, but later they said that hardcore players will be able to unlock all three subclasses before the raid launches. This means that there is no time locked and you are not limited to one Seed of light per week. It is just going to be very hard to get more than one in the first week of Forsaken.

Can you transfer Seeds of Light between characters?

You can’t transfer Seeds of Light between characters. You will have to complete the Forsaken story for each of your characters to get the first Seed of Light and grind it out in the Blind Well for the second and third.

Visions of Light quest – getting your first Seed, bugs and fixes

You will get a chance to unlock your first subclass attunement by completing the Visions of Light quest. This quest starts when you start the Forsaken campaign. You will have to collect Visions of Light that drop from yellow enemies and various activities and chests. Once you get 100 of them you will get tasked to go to IO and do Visions of Light quest. Some players reported that the quest gets bugged at the last step where you have to kill all the enemies and Seed of Light never drops. Reddit user Kestral105 found a solution and say that you are supposed run through the lost sector at the end of the mission once again but do not go through the little hole shortcut into the last room.