Doing the Heroic version of the public event on Mercury in the new Destiny 2 Curse of Osiris DLC is not that obvious and I wanted to tell you guys how to activate it. As with the vanilla version of the game, public events can be done in normal and heroic mode. To activate the Heroic mode, and subsequently get better rewards, you’ll have to perform a certain feat. The event happening at the Lighthouse on Mercury in Destiny 2 has a lot of moving parts and it took a while for the community to figure out how to start it. It involves a platforming challenge, so you might want to brush up on your jumping skills. 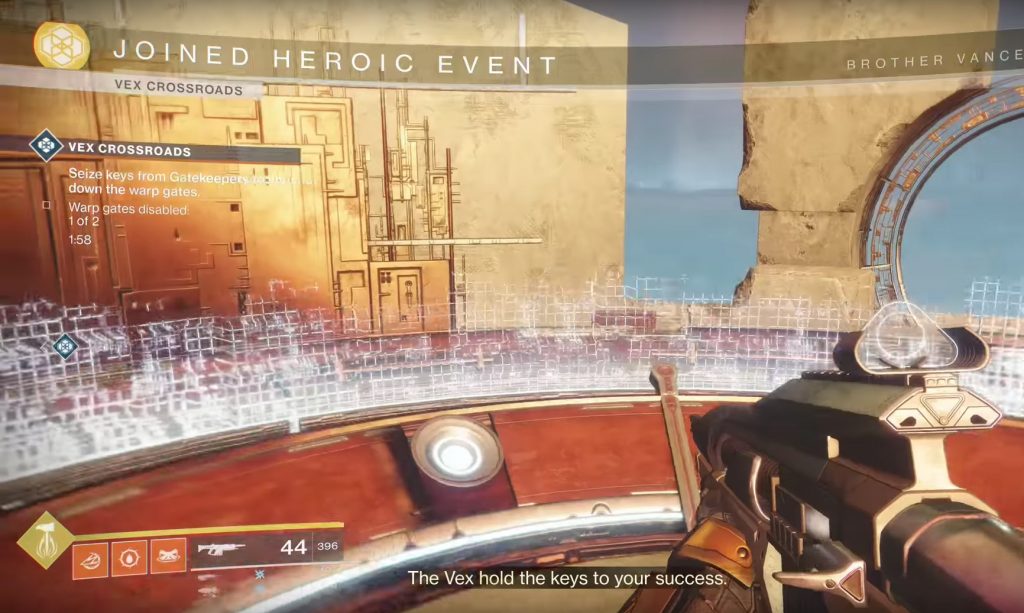 How to Trigger the Heroic Vex Crossroads Public Event?

When the event first starts, you’ll want to kill some Vex on either side of the central dome until the Gatekeepers spawn. Once you kill those, use the orbs they drop and slam dunk them in the circular platforms to start the second phase of the event. You will have to use the portals to get onto the first island. Another gatekeeper is there and another use of orbs on the central platform. What you are supposed to do next is NOT teleport back to the central dome. Look over the edge of the island and you should see a Crystal in the air. Shoot it, and once you destroy it, a platform will form. 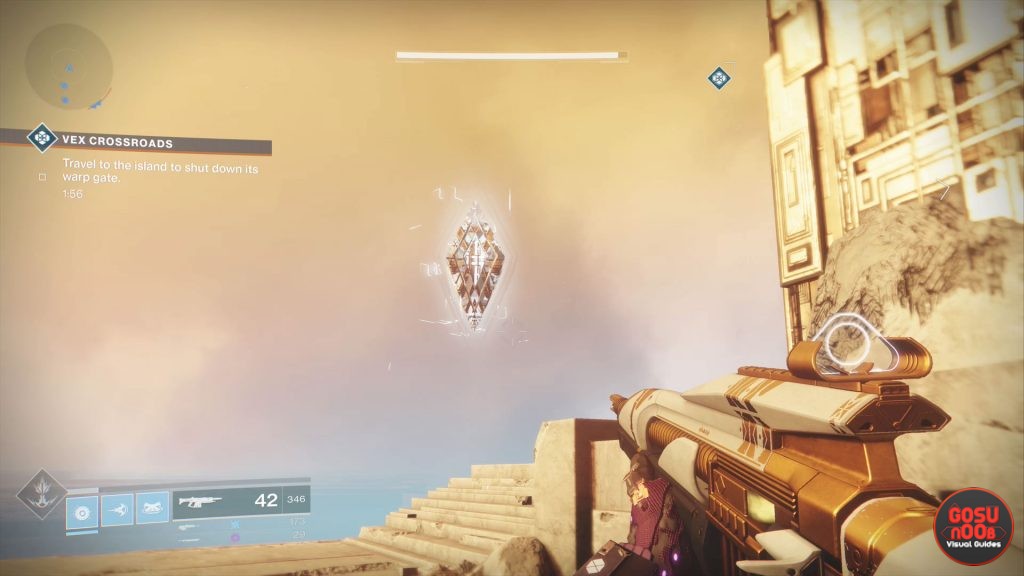 Jump onto it and keep shooting crystals as they appear. You have to be quick about it, and the crystals can’t be one-shot. I recommend having two people do this. You just need to keep shooting crystals and jumping onto platforms until you reach the top of the tower. You’ll see a metal plate at the center there and you need to stand on it. After a few seconds this should start the heroic version of the event. Now continue doing the event, with a tougher boss and bigger rewards.

NEXT POSTDestiny 2 Mercury Regional Chests in Curse of Osiris