During the main quest of Destiny 2 Shadowkeep you need to finish the Lunar Spelunker bounty that asks of you to find and complete K1 Logistics, K2 Crew Quarters and K1 Communion lost sectors. Once you complete these three you need to visit K1 Revelation and that finishes the quest step. Newer players might have difficulty finding these locations. I remember that even veteran Destiny players can have trouble finding entrances into lost sectors. We’ll help you with the location of all Moon lost sectors in Shadowkeep. We’ll touch on the entrance location into each of these as well. 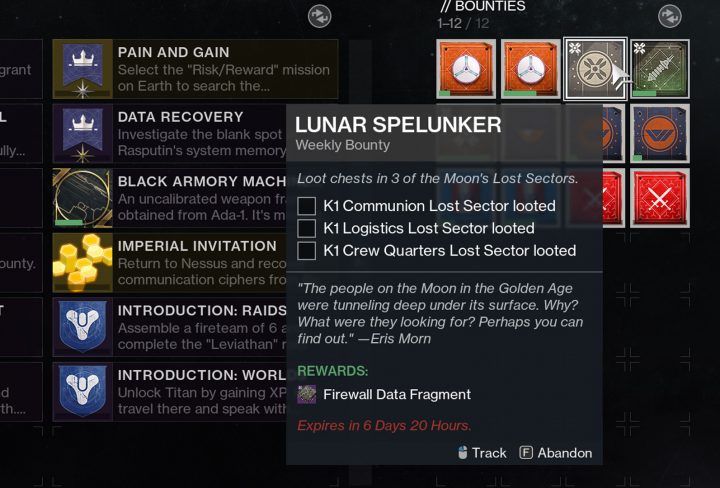 Where are the Moon’s lost sectors and how to loot them?

They are marked on the in-game map, but that still doesn’t tell you which lost sector is which and where the entrance exactly is. To loot them you will have to defeat the nightmare boss inside. As you do Memory of Sai Mota main Shadowkeep quest you need to pick up the Lunar Spelunker bounty. It tells you to loot three lost sectors: K1 Logistics, K1 Crew Quarters and K1 Communion. In return you will receive Firewall Data Fragment that you then take to K1 Revelation lost sector to finish the main quest step. Map bellow shows exact locations of each of these lost sectors on the Moon. 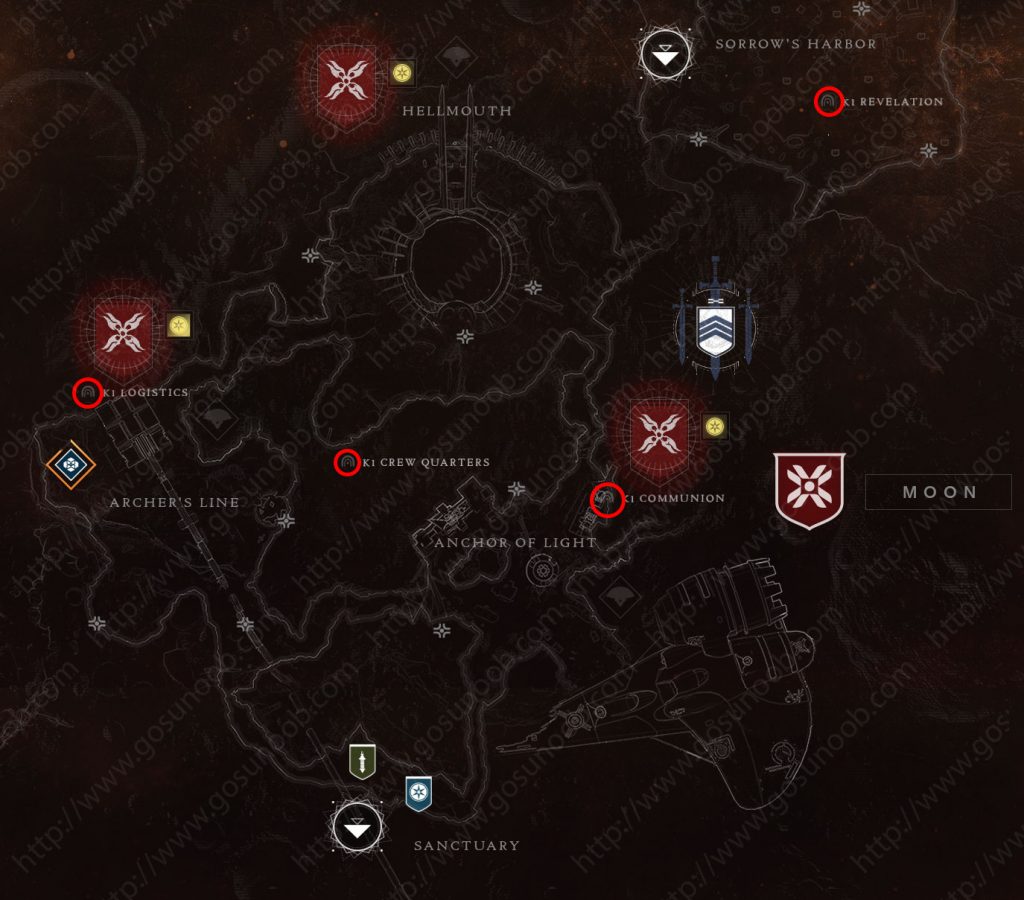 From where Eris is on the Moon take the path west until you reach a group of lunar buildings. They are usually inhibited by Fallen. You want the most western building in Archer’s Line. As you enter it make an immediate left and you should see a door to go through. Stay inside the building and follow the path to the K1 Logistics lost sector. At the end you will fight a servitor called Nightmare of Kelnix Reborn. Remember to clear out all the mobs before he becomes active and you can fight him. 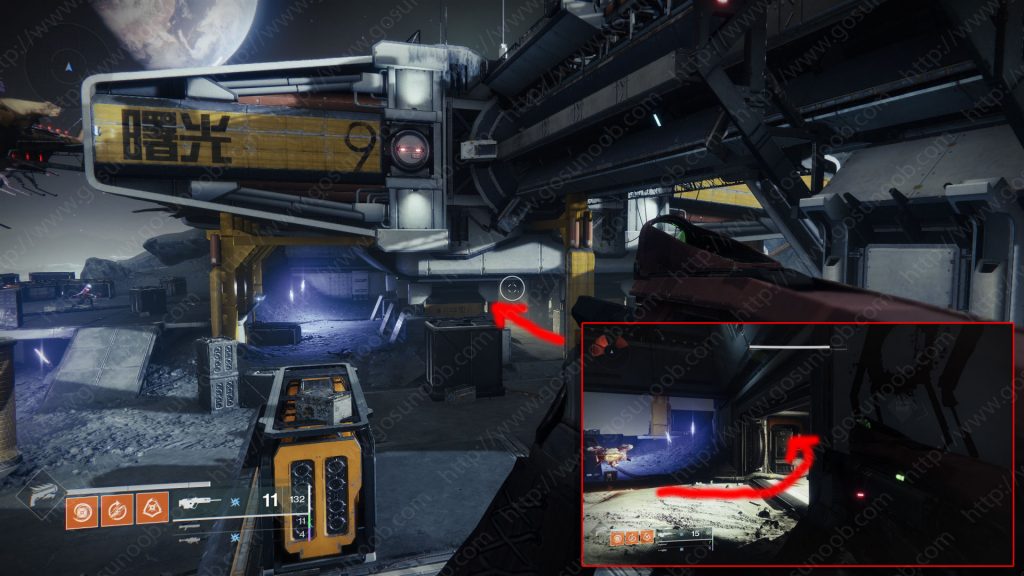 From Eris you can take either west or east road, but your goal is the Hellmouth. On ce you reach Hellmouth you want to go to its south side. You should try and reach the icon marked on the map above. You’ll be in an area with some lunar buildings. There will be Fallen here and sometimes a Hive vs Fallen war breaks out. You want the southernmost house in the very back that looks like a metal container. There’s a hole in the floor inside that takes you to K1 Crew Quarters. Defeat Nightmare of Reykis, Actuator to loot this lost sector. 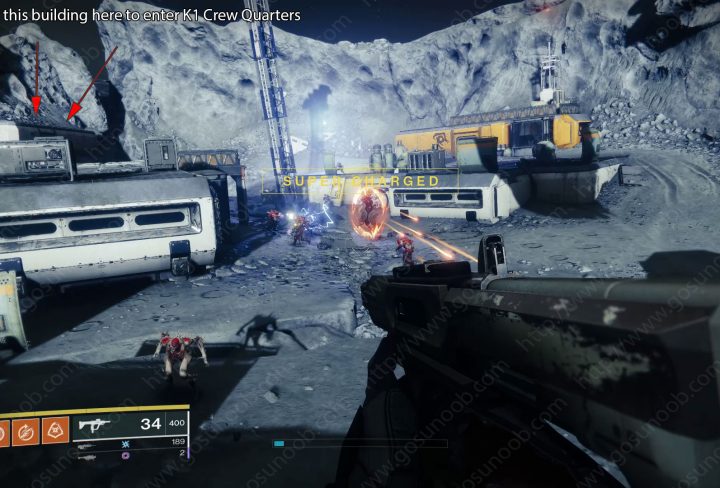 Go east of Senctuary landing zone until you reach Anchor of Light. There’s a distinctive circular building there. North of it is another building infested by Fallen. You might not notice that the lost sector icon is pointing there, because it’s obfuscated by the drawing of the building. The entrance into the lost sector is on the ground floor of the building when approached from the road. Don’t go up the ramps because you will miss the entrance. Defeat Nightmare of Rizaahn the Lost and you will finish the Lunar Spelunker bounty. 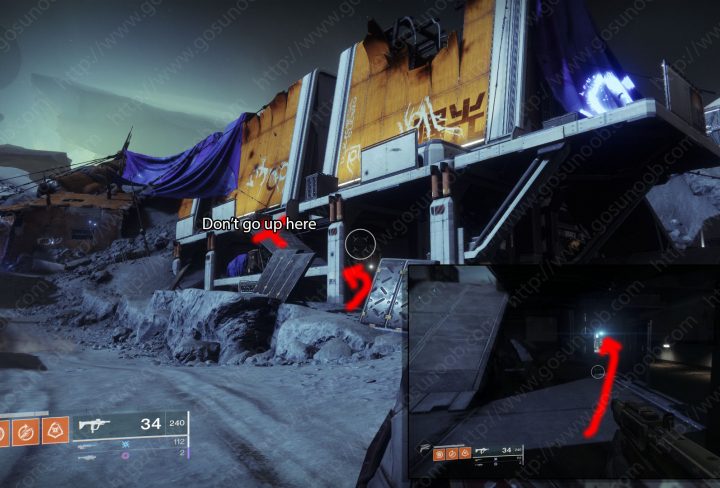 You are finally equipped with Firewall Data Fragment and it’s time to pay a visit to the last lost sector on the Moon – K1 Revelation. Go to the very north of the map where the first Shadowkeep mission took place. In the middle of it is a mound. Circle around it to find a cave entrance. This takes you all the way to the K1 Revelation lost sector. It has a fun boss fight where you have to destroy 3 crystals to summon the last boss. In order to actually finish the quest you don’t have to loot this sector. Instead, you can run all the way behind where the boss spawns and jump up into a hole in the wall where you need to deposit the data fragment. 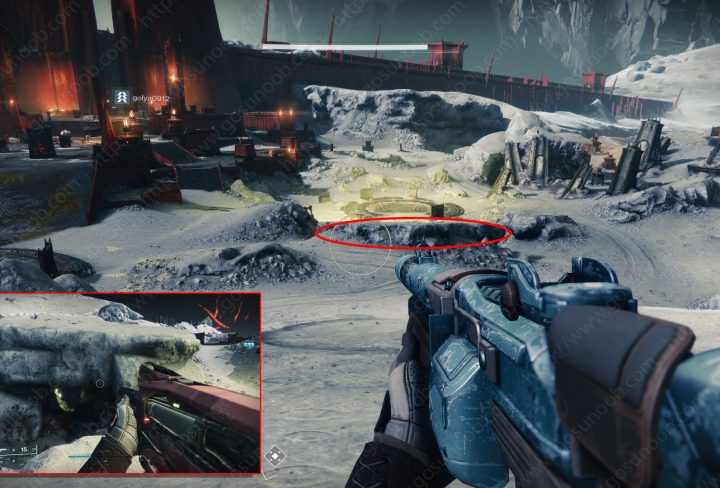