Big news for PC gamers just got announced. Rockstar will release Red Dead Redemption 2 on October 5th 2019! One of the biggest Playstation 4 games of this generation will make its debut with enhanced graphics and technical upgrades. PC gamers will also be able to fully enjoy RDR2 Online mode with all the updates that happened in the meantime. Rockstar will be making the game available through their own launcher. There’s a slew of pre-order bonuses and advantages for buying the game this way, so lets get over them. 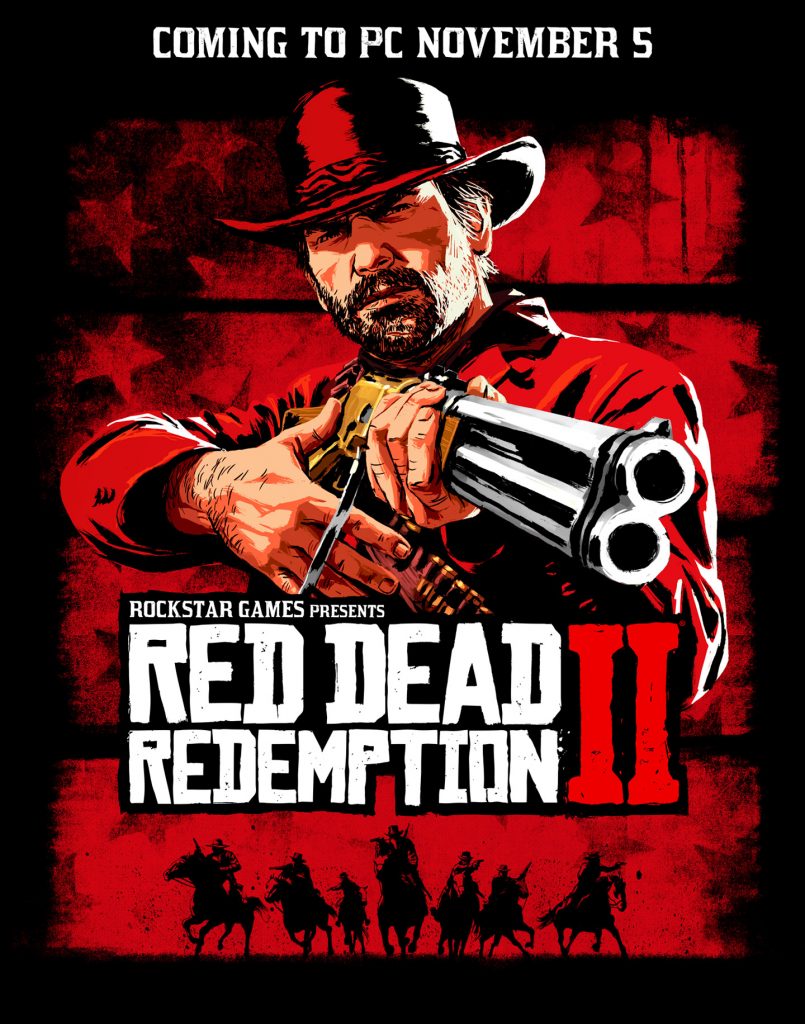 Red Dead Redemption 2 for PC will be available on November 5th. People who pre-purchase through Rockstar’s very own game launcher will get special bonuses. These pre-orders will become available at 11AM ET on October 9th and will be exclusively available through their launcher until October 22nd, when we expect you will be available to buy the game on other store fronts. In order to sway the customers into using their own shop Rockstar is offering several benefits. If you pre-purchase before October 22nd you will be able to choose 2 free games out of the following:

Pre-purchases made on the Rockstar Games Launcher also include free upgrades to the Premium Editions of Red Dead Redemption 2, with 20$ discount for Special and Ultimate Editions. You will also get Outlaw Survival Kit, War Horse, cash bonus and a treasure map for Story mode and 50 gold bars for RDR2 Online.

When will Red Dead Redemption 2 be available on Steam?

If you do not want your game library to be spread across multiple game store fronts then you can expect Red Dead Redemption 2 to appear on the Steam store some time in December. This is later than all the other major PC game stores. You will be able to pre-order the game on October 23rd on Epic store, Greenman gaming, humble store and GameStop. Official announcement can be read here.

PREVIOUS POSTDestiny 2 Steam Fireteam – How to Join Group on PC