Is Ketchcrash not progressing for you in Destiny 2 Season 18? Are you stuck on the Ahoy and Aweigh quest? Destiny 2 Season 18, called Season of the Plunder, is finally here! Among the abundance of new features and content to explore, there’s also a brand new activity called Ketchcrash. This co-op activity for up to six players offers ship-to-ship combat where players need to stop Eramis and her pirate crew “from wreaking chaos across the galaxy”. However, some players are unable to progress in the first seasonal mission, called “Ahoy and Aweigh”. Here are a few possible solutions how to fix this bug. 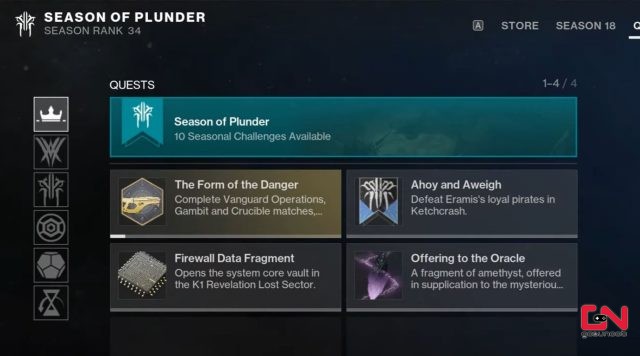 Ketchcrash Not Progressing Destiny 2, Stuck On Ahoy and Aweigh Mission

As it’s often the case with the launch of major new content updates in live service games, some bugs and glitches are bound to appear. And that’s the case with Destiny 2 Season 18 as well. The update introduces Ketchcrash, the new activity for six players. This activity comes with several seasonal missions, including the first one – the Ahoy and Aweigh quest. Unfortunately, for many players, this quest doesn’t progress upon completing a Ketchcrash run.

This is clearly a bug which needs to be fixed. However, until Bungie officially fixes the bug, there are a few workarounds and things you can try in order to fix the issue. Firstly, what you absolutely need to do is to let the timer run out completely. Waiting until the end should force you back to orbit. According to the reports, this will progress the first Ketchcrash quest and give you the rewards. Make sure to reset the game before this, just in case.

If you are still stuck on the “Ahoy and Aweigh” first seasonal mission, there are some other possible solutions. Player “The Muffin Man” says on Bungie forums that you need to visit the Eliksni Quarter within the H.E.L.M. to progress the quest. And if that doesn’t work, then you will need to complete the first quest with another character before that. Collecting all the glimmer off the ground before the activity ends is another possible solution.

Official Bungie community account BNGHelp7 states this: “Some players report that going back a distance until Spider begins talking about Halsiks will allow you to then progress.” For now, that’s all we know about the “Ahoy and Aweigh” quest not the progression bug. If we find any other solution for the “Destiny 2 Ketchcrash Not Progressing” issue, we will update the guide.