Key to Divinity is one of the final steps of the Divine Fragmentation exotic quest in Destiny 2. It involves bringing the Empowered Decryption Core to a certain spot and solving a tether puzzle like the ones in the raid. If you’re stuck at any point, our Destiny 2 Key to Divinity guide will help you power through.

How to complete Key to Divnity?

This seems to be the last step of the Divine Fragmentation exotic quest. Once you get your hands on the Empowered Decryption Core, you’ll have to bring it to the appropriate place. The place is only reachable through the Garden of Salvation raid. Once you start the raid, go through the giant Vex portal. As soon as you’re out, turn around and go to the edge of the platform. If you jump off and look back towards the platform, you should see an opening. Steer inside, and you’ll find a seal that can be broken using the core. 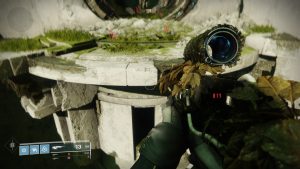 After you’ve done that, you’ll have to solve a complicated, multi-step tether puzzle. As far as we know, nobody has managed to solve it yet. It seems to require a full six person team for completion, and it extends further into the raid. We’re going to show you what we know, and we’ll monitor the situation closely and update the guide as soon as there’s more info.

The first pair is before the first raid encounter. As you climb up the stairs, you’ll notice two holes on the walls on each side. Three players should go through each in order to successfully tie the starting point on the left with the end point on the right. Once you’ve got it, a message saying Singular Bypass Accepted will show up. 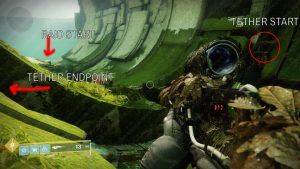 The next one’s a bit more difficult. It’s after the first encounter, accessible through the big field of flowers. The puzzle is under the platform with the flowers, and it consists of four rooms. You’ll have to guide the beam around the cylindrical barrier to the receptacle. Here’s a video showing the path you should lead the beam through. 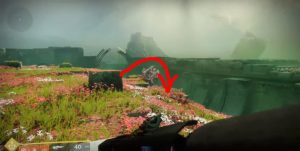 The third tether room is in the area with the jumping puzzle. It’s a bit different, as there’s no end point. Instead, when you shoot the cube, a bunch of holograms will appear around the area. The beam needs to hit all of them in order to finish the puzzle. You’ll also have to shoot the flowers to open or close them, depending on how you approach it. Here’s how it looks in action.

PREVIOUS POSTDestiny 2 Vex Chassis Components – How to Use & Get