Can you be banned for using the Net Limiter in Destiny 2? Is it safe to use Net Limiting in Destiny 2 and what else you should know about it? In this guide, we explain what is Destiny 2 net limiting, how to use it, whether is it safe and whether you can lose your account because of it. 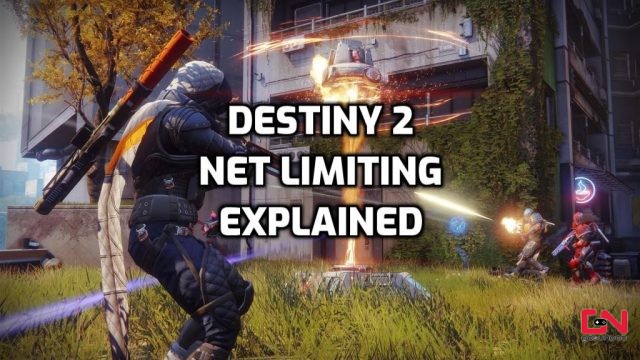 What is Destiny 2 Net Limiting?

Can you be Banned for Net Limiting in Destiny 2?

First things first, let’s explain what the net limiter is exactly. The net limiter is a third-party app which can only be used on a PC. Thus you can only have its benefits if you play Destiny 2 via Steam or Epic Games. This already makes it somewhat unfair towards those players that play Destiny 2 on PlayStation or Xbox consoles. But, what does the net limiter do? Arguably, net limiting in Destiny 2 is a form of cheating. Since we have never used it, we can only explain to you what it does from what we’ve learned from other players.

The Net Limiter intentionally slows down your internet and creates lag in your game. However, this is being done in a way that benefits a player who uses it during a raid. From what we’ve learned it is essentially used to speed up raids and complete them quickly as well as to duplicate orbs and create other weird and unintended situations which will result in positive outcomes for those who use the limiter. As we’ve said we don’t know all the specifics and other ways in which it can benefit you, but the stuff we’ve mentioned is the core part of it..

So, can you be banned for using the net limiter in raids? It is definitely a grey area, to say the least. It is a form of cheating that directly benefits the player that uses it. But, for now, Bungie hasn’t been banning people who use it. We know that players use the net limiter at least since 2019. However, that’s not to say that Bungie will not change their mind at some point in regards to its use. Thus, be careful.