The newest update to Red Dead Online – Blood Money – is nearly here, and we have all the details, including the BST to EST release time, for this RDR2 expansion right here. Given Red Dead Online’s immense popularity, it isn’t surprising that fans have been eagerly waiting for this. While we currently don’t know exactly how big this patch will be, it probably won’t be too large. After all, the game can be played on the PC, PlayStation 4, and Xbox One, so we can expect an update under 10GB. Here are all the important RDR2 Blood Money Release Time details. 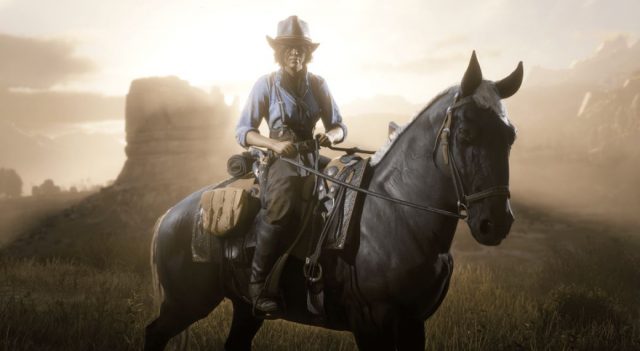 What Time Does The RDR2 Blood Money Update Come Out

The patch is expected to release today: July 13th, at 2pm BST / 9am EST time. The complete patch notes will no doubt be released then, so we will know the full extent of everything that was added, changed, and fixed. In Blood Money, Guido Martelli, the right-hand man of one of RDR2’s antagonists: Angelo Bronte, is looking for intrepid gunslingers. Martelli is searching for people willing to help him recover something known as Capitale. These missions – known as Crimes – can take all manner of forms. From coach holdups to daring robberies, kidnapings, debt collection, and so on, these allow you to claim Capitale. You can embark on these missions either on your own or with an entire Posse.

When you’ve accumulated enough Capitale, this will in turn reveal Opportunities. These are all about Martelli trying to bring down a Lemoyne senator who is interfering in Bronte operations in the region. Every one of these Opportunites can be tackled in several ways. The first three Opportunites will be available as soon as the game updates today. The next two will be revealed at a later date. Personally, we can hardly wait to see how this RDR2 Blood Money update will look like.