Legendary boar is one of the animals you can hunt in RDR2 Online. It’s an aggressive, territorial creature, and it will not shy away from fighting back. There are several subspecies of boar, including Wakpa and Icahi. If you find them, you can get samples for Harriet from them, or you can kill them for their unique pelt. However, finding them is easier said than done. This guide will help you by showing you Red Dead Online legendary boar locations.

How to spawn legendary boar?

All three kinds of legendary boar prefer dry weather, and can most often be found during the day. If you visit the area they’re supposed to spawn in and they don’t appear, join another session and try again. Some of them are tied to your naturalist rank and quests you get from Harriet.

Where to find Wakpa legendary boar?

The Wakpa legendary boar can appear west of Thieves Landing, in the area around Stillwater Creek. We’ve also heard talk of it appearing a bit northwest from the town, near the island and all the way up to Manzanita Post. It will charge you once you attack, so try to climb onto a rock, or any other place it can’t reach. 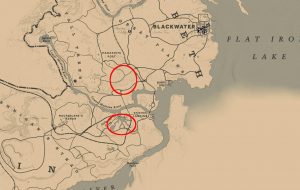 The legendary icahi boar is only available through a quest from Harriet once your naturalist rank is high enough. If you want to sedate it, you’ll first have to deal with the hunters that are trying to poach it.

The legendary cogi boar appears a bit north of Bluewater Marsh, in the eastern part of the map. It’s best to look for it around dawn, when the weather is clear. Once you have the beasts attention, scamper onto a rock for safety. 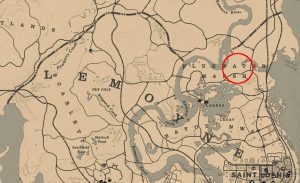