Since the unveiling of Red Dead Redemption 2, the mysterious poster with seven figures against the setting sun has been the talk of the internet. Who could they be? Will we be able to play as all of them? Why to some of them look so familiar? Various web-sleuths have been digging around for clues, and there are some interesting theories about who the probably-not-so-magnificent seven might be. Read on for some interesting Red Dead Redemption 2 character speculation. 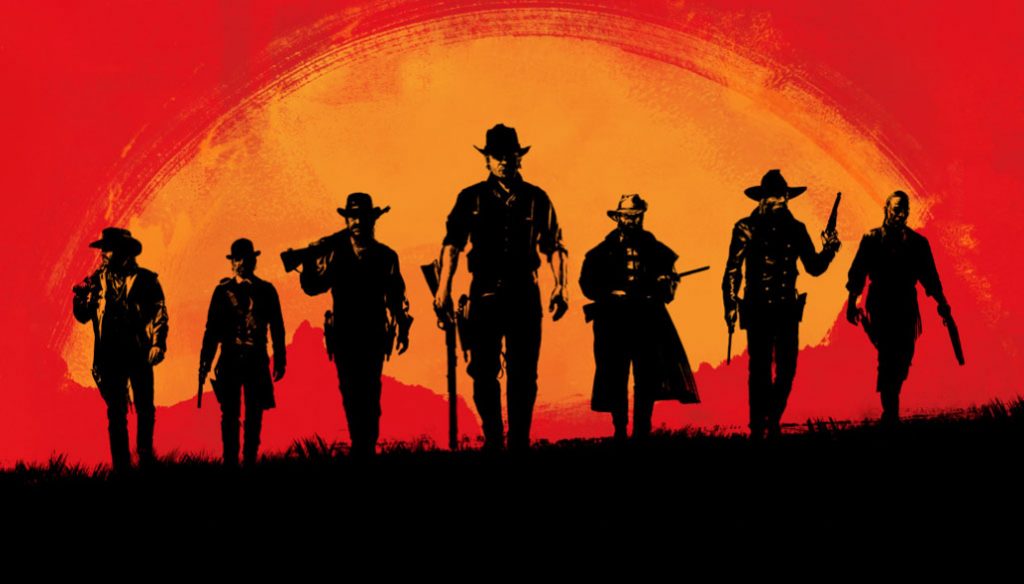 The first character on the left looks a lot like John Marston, the protagonist of the previous game. There is a strong resemblance, but since Marston dies at the end of the first game, that would mean that RDR 2 is a prequel.

While we’re on the topic of returning characters, the third guy from the right could easily turn out to be Bill Williamson. He’s got a beard, a slouch hat and broad shoulders. There’s also the fact that the actor who played Bill in the first game joined Twitter shortly after the announcement, but that could just as well be a coincidence.

The rightmost character is most probably a Native American, which doesn’t say much, but it’s nice to see variety in the cast. In the first trailer, there was another posse riding through the prairie, with a gang member that could be a woman. The faces are covered up, but the build of the character, as well as the outfit, suggest it’s a woman.

The man right in the middle of the picture is most probably going to be the main character. We still don’t know how many playable characters to expect, but it’s safe to assume that the person taking the most prominent position in the group photo is the leader of the gang.

Finally, the third person from the left could pass for Dutch van der Linde. Not much of his face can be seen, but he does have quite a characteristic nose. If this turned out to be true, that would probably mean we’re going to take control of Dutch’s gang before it became Dutch’s gang.

Of course, this is all just speculation. It’s all based on either our own power of observation, or the keen perception of other people around the internet. There is no official confirmation for any of the above. There’s no official negation, either, so we can still hope.