Snowy Egret Trinket is one of the charms you can buy from Gus in Red Dead Online. It will permanently decrease the speed at which you horse health and stamina cores drain by 10%. In order to get it, you’ll need a snowy egret plume and a Braxton amethyst necklace. On top of that, you’ll have to pay an $800 fee. If you’re wondering where to get those ingredients, this guide will show you RDR2 Online Snowy Egret Trinket Plume & Braxton Amethyst Necklace locations.

You can get the snowy egret plume from the snowy egret, a bird native to the Bayou Nwa and Bluewater Marsh, the swampy areas north of Saint Denis. They mostly spawn on the northeastern shore of Lagras, and you’ll recognize them easily – they’re big, long-legged, long-necked birds with silvery plumage. 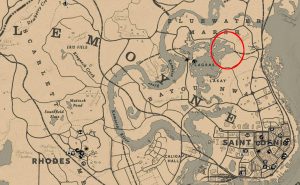 How to get Braxton Amethyst Necklace?

You can only get the Braxton Amethyst Necklace through the Collector role. It’s part of the Lost Jewelry set, and the higher your role rank, the easier it will be to find, thanks to all the tools you unlock along the way. Its location changes every day on a six-day cycle – here’s where you should look for it: 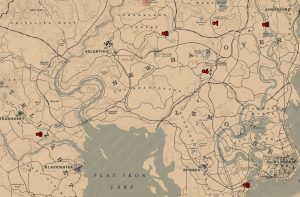