With Dead Kings DLC we got a lot of new content for Assassin’s Creed: Unity. Beside several main story mission and collectibles we also got 7 new enigma puzzles to solve and they are called Suger’s Legacies.
▼Article Continues Below▼
You first get introduced to these missions as part of the main story where a we are told about the Basilica of Saint Denis (Memory 13, Sequence 3). Two Suger’s Legacies you get to do as part of the main story mission have riddle solutions marked on the map, while five other missions are then found scattered around the map and have no clues. Similar to Nostradamus Enigmas these missions have hard riddles that hint at where you can find the next step of the mission until you complete it. Reward for completing all Suger Legacy missions is Eagle of Suger, One handed sword that is arguably the best sword in the game. 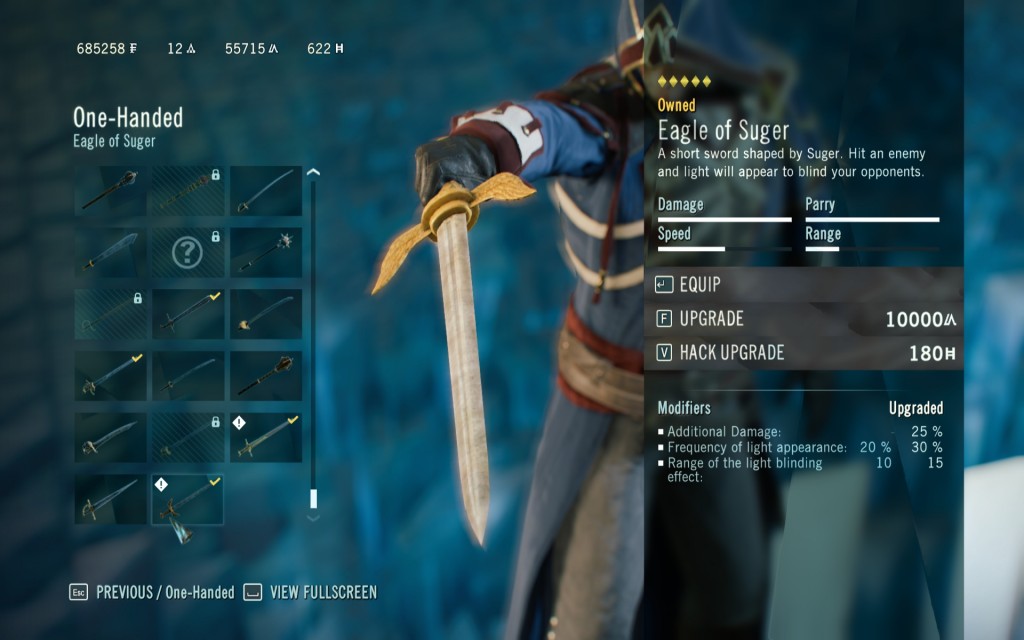 Without any upgrades Eagle is similar to the weapon you get as reward for finishing the main story in the original game. Main difference is that Eagle of Suger also has a special property of having a chance to blind nearby enemies with a light flash effect. This makes it a great weapon when fighting large groups of enemies because they will stay stunned as you dispose of them one by one. Upgrading the Eagle costs 10000 Creed points and increases both damage and chance of the blinding effect happening (as well as its range). This is why we thought it would be worth the trouble of doing all Suger’s Legacy Missions and solving all their riddles. Some of these were hard to solve and we decided to create guides for each and every one of them, to make your lives easier. We included screenshots of solution locations and explanations on how we discovered them in these guides. Bellow is a list of all guides: