With the latest Bungie’s 30th Anniversary event in Destiny 2, some strange items started showing up in different zones. One of these new items is the Ancient Skull. A lot of players on Reddit assumed these items are cosmetics from other games, like Halo. The main reason for this idea are the latest screenshots on Steam where players spotted Halo’s Battle Rifle and Carbine on the back of Guardians. 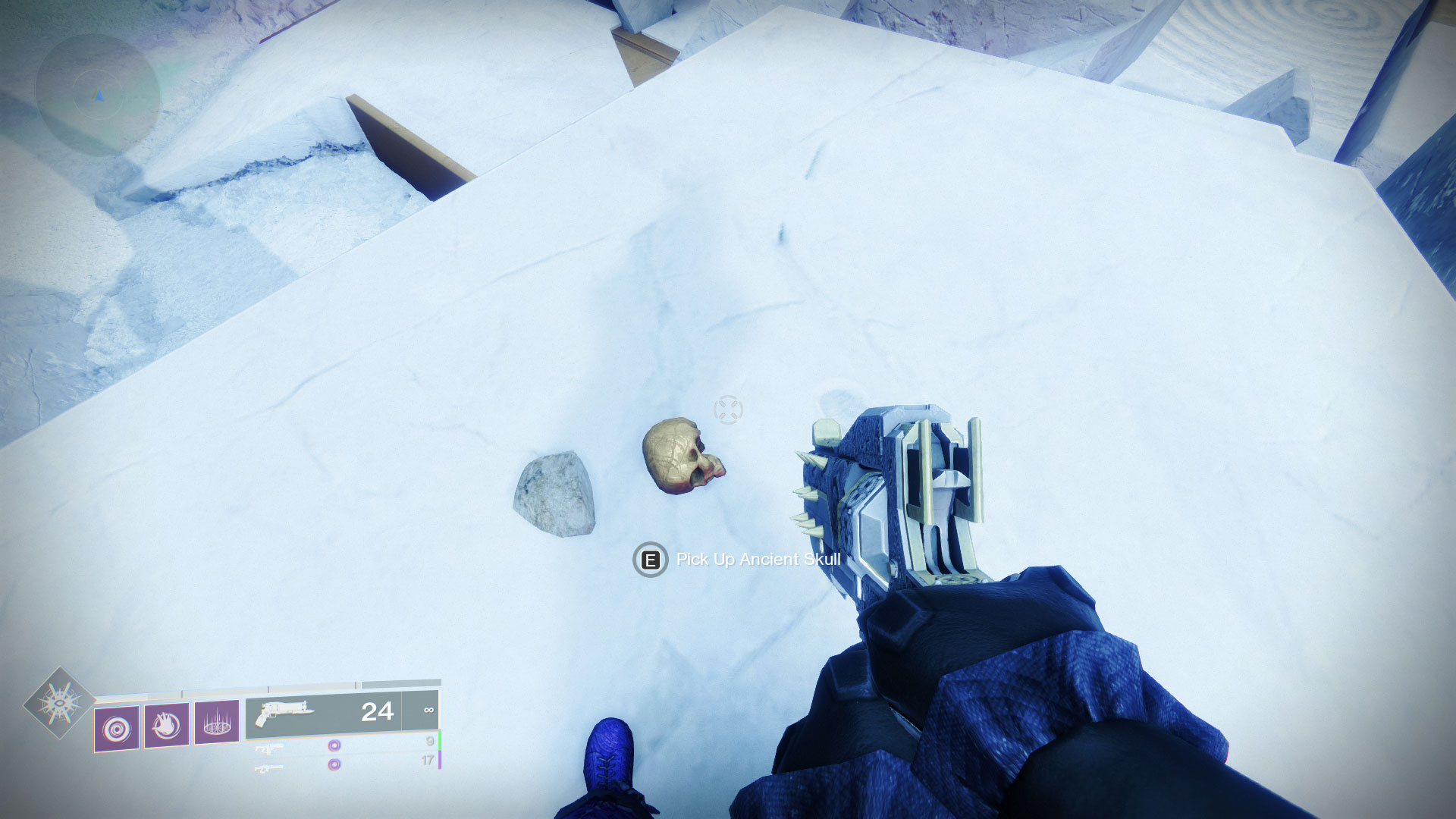 Many Destiny 2 players spotted Ancient Skull for the first time while visiting Xur’s Treasure Hoard area in Dares of Eternity. These skulls can be an Easter Egg from Halo, where you unlock modifiers for campaign levels by finding skulls hidden on the maps (thanks GuudeSpelur). There is a huge thread on reddit/RaidSecrets where players have already collected more than seven Ancient skulls throughout different zones. They are instance specific and once a person picks a Skull from an instance that Skull disappears. If you want to collect it you’ll have to reload the instance several times until a new skull appears in an instance.

We still don’t know if these skulls are part of Easter Egg, some new quest or Halo crossover, but they are great additions to Bungie’s 30th Anniversary event. As soon as we find out more about Ancient Skull we’ll update the guide. In the meantime, if you came across other onspiracy theories, please share it with us and the rest of Destiny 2 community in the comments below.

Don’t forget there is also a new exotic quest Magnum Opus that will reward you with Forerunner Sidearm, and if you don’t know where to collect Destiny 2 Thorn armor, Gjallarhorn or Weapon Ornaments, we have a guide for you.

NEXT POSTHow to get Destiny 2 Gjallarhorn Catalyst