Today marks the start of the new Destiny 2 season, Season of Arrivals. But that’s not the most important piece of Destiny 2 news we have today. Today, Bungie shared their vision for the future of Destiny 2, which starts this fall with Beyond Light expansion. The new Season of Arrivals will set the ground for the arrival of Darkness. The first Pyramid ship arrives on Io, starting a new story arc, which culminates on September 22, with the release of Beyond Light. 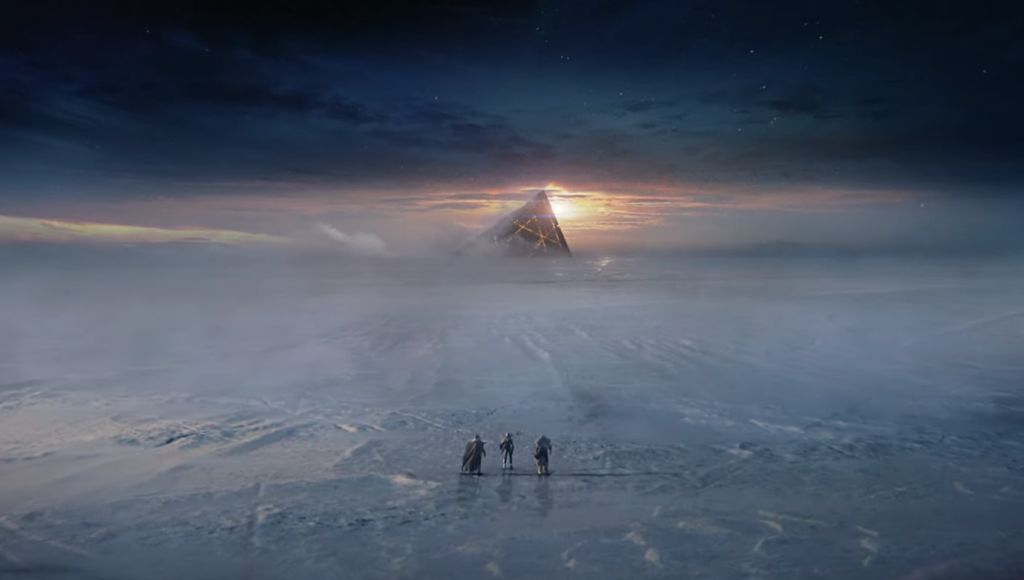 Destiny 2 will receive a new area. Europa, the frozen moon of Jupiter, is the home for the splintered houses of the Fallen. United under the Fallen Kell of Darkness, Eramis, they await players under the ice. A new raid, Deep Stone Crypt, takes place there. “Below the frozen tundra of Europa lies the Deep Stone Crypt For decades it has remained dormant. Your fireteam cautiously approaches, weapons raised, and the final plan is set in motion.”

And for the first time in Destiny history, players will be able to wield a power of Darkness. Called Stasis, it is the fourth elemental power alongside Arc, Solar, and Void. “Titans, Warlocks, and Hunters each use Stasis in a different way, from slowing down foes with Stasis fields to encasing and shattering enemies with destructive might,” reads a Beyond Darkness blog post. That’s not all Bungie shared. Instead of working on Destiny 3, the team at Bungie plans to bring three new expansions, starting with Destiny 2: Beyond Light.

These expansions will tell an overarching story taking place in 2020 (Beyond Light), 2021 (The Witch Queen), and 2022 (Lightfall). The story will end with Lightfall, during which The Darkness and The Light will clash in a war that concludes the trilogy. As for the next-gen availability, Destiny 2 is arriving to new consoles at launch, and players will be able to upgrade all of the content they’ve bought to next-gen versions.

Judy is one of the characters you can romance in Cyberpunk 2077. She’s a braindance…