Destiny 2: Season of Arrivals season has started. It includes new content but also sets the ground for the next major expansion for the game, called Beyond Light. The new season brings a new dungeon, a story that will serve as a prologue for Beyond Light, and more. A new season also means a new Season Pass with various benefits for players who own it.

A New Destiny 2 Dungeon Sounds Interesting, So Does The Story 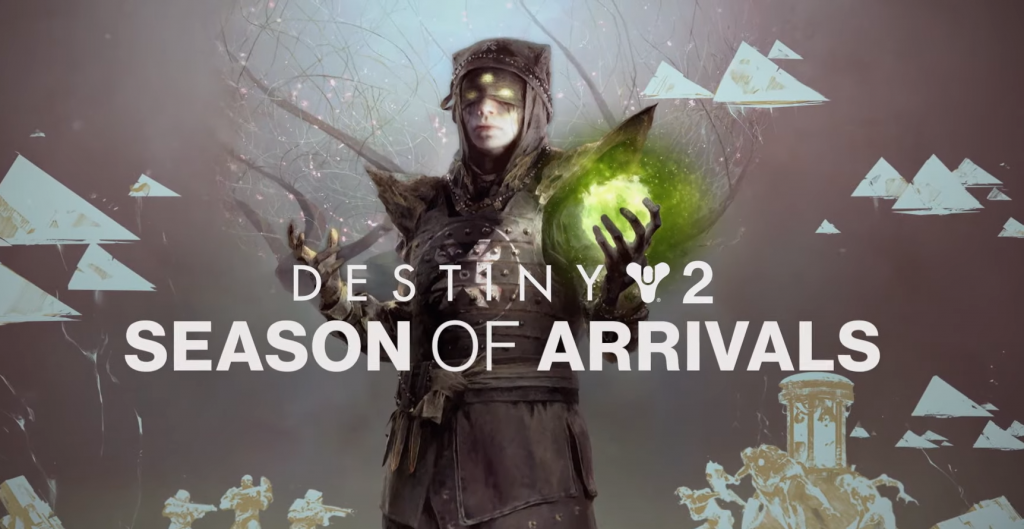 The Pyramid ships have finally entered the Solar System. The first ship appears over Io and “an obscured message emerges from the darkness. Is it a greeting, a threat, or something else altogether? Eris and Zavala call upon you to find out…” Io is chosen as the scene for the current Destiny 2 season, probably because it’s near Europa, where the next expansion takes place.

Players can play through a set of new activities and search for answers “in the shadow of the Pyramid ship.” They are able to join other Guardians in “public events beneath the Pyramid ship on IO,” to “collect new Umbral Engrams and Focus them to unlock rewards from previous Seasons,” and to “journey to the Cradle and uncover the truth hidden within.”

As for the new dungeon, it takes place in “the realm of the IX – a dimension where the rules of your world no longer exist.” Once they enter the IX, Guardians will “face hordes of Taken and manipulate reality to solve intricate puzzles. What was once above is now below. And what was once Light is now Dark.” It sounds like a cool, zero-gravity experience with tons of enemies shooting at you from all sides.

As for other Destiny 2 news, you can read about the upcoming expansion, Beyond Light. The expansion will start a brand new trilogy that takes place in the world of Destiny. Bungie also announced Destiny Content Vault, which will allow developers to add new content to the game while cycling through “older, less actively played content,” since the game became too complex and large to maintain.

NEXT POSTDestiny 2 Contact Heroic Public Event – How to Start