Hiraks’ Familiar is one of the targets you’ll get to hunt as part of the wanted bounties in Destiny 2 Forsaken. After you get the weekly bounty from Spider, you’ll find out he can be found at Siren’s Watch, on Titan. If that’s not enough info for you, our Destiny 2 Hiraks’ Familiar wanted bounty guide will help you with some more detailed instructions.

Where to find Hiraks’ Familiar?

As we’ve already mentioned, Hiraks’ Familiar is hiding out at Siren’s Watch. That’s the westernmost platform on Titan, and luckily, it has its own landing point, so you won’t have to walk around much. He spawns as a high-value target, so you’ll have to roam around and wait for him to appear. He might appear anywhere, really, so don’t stay in one place too long – take a walk and you’ll increase your chances of running into him. It shouldn’t take longer than half an hour for him to spawn – we got him in less than 10 minutes. 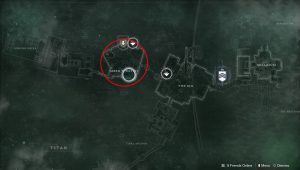 He’s a Fallen mini-boss, armed with a ranged weapon and a blue shield. Energy weapons will help you do away with the shield, and then you can focus your fire on him. He’ll be dead in no time, and you’ll be one item stronger. We had insane luck here, as we got one of the new exotics from the bounty – a shotgun called Lord of Wolves.

If you’re having trouble with any of the other wanted bounty targets, be sure to check out our other guides. We’ve written about all of them, including the others that appear as high-value targets (Saturn Survivor), as well as the bunch that hide out in lost sectors (Devourer Darg, Ruined Mind, Nariks Reborn, etc). Since a new batch is expected to appear with the next weekly reset, we’re going to continue writing about them.