Where is Xur and what exotic weapons & armor is he selling, the two questions every Destiny 2 Guardian scrambles to solve every weekend. Searching for Xur and finding his location isn’t as simple as it used to be, because Xur’s location doesn’t appear on the map anymore. Xur’s inventory is always made up of exotic weapons and armor, so finding where he is is always worth it. We’ll help you find the merchant and reveal his inventory in this where is Xur’s location & what Xur is selling today in Destiny 2 guide, for October 19th to October 21st.

He’s on IO, in a cave at the Giant’s Scar. He is selling Crimson, The Dragon’s Shadow, Crown of Tempests, Ashen Wake, Five of Swords – Challenge Card 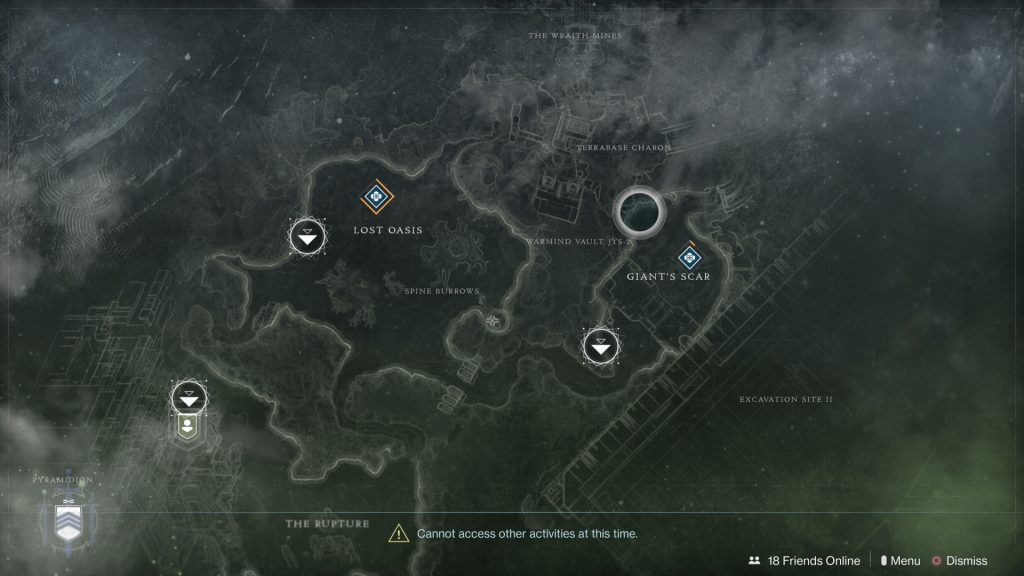 Xur’s location from October 19th – October 21st is still a mystery right now. He won’t come out until later today, which is when we’ll be able to hunt him down. Be sure to come back at the time listed below to find out exactly where is Xur. Last week in Destiny 2 Xur’s location was on Titan, so I doubt he’ll appear on the same planet twice in a row. Also, Xur won’t appear on any DLC locations, such as Mercury, Mars, and Tangled Shore. That narrows the possibilities down somewhat, but Xur is really good at hide-and-seek. Finding out where Xur is on October 19th will be just as big of an adventure as usual.

What Xur is selling and his inventory from October 19th to October 21st is still a mystery as of writing this. Of course, we will immediately update this article as soon as we find Xur’s location. Last week, Xur was selling Hunter Gemeni Jester’s, Warlock Sanguine Alchemy, Titan Synthoceps, and Tractor Cannon, as well as a Fated Engram. So, odds are that you won’t be finding those exotic armor pieces and weapons this weekend.

What Time Does Xur Arrive in Destiny 2

The usual time that Xur appears in Destiny 2 is 10 AM PST / 1 PM EST / 6 PM BST / 7 PM CET. So, that is the time when you can expect to see his lovecraftian, ugly mug. As always, I do have to mention that Xur can sometimes arrive a little late, depending on whether everything goes right on Bungie’s end. Luckily, so far, Bungie has been pretty diligent with Xur’s arrival in Destiny 2 Forsaken, so he’ll probably take his place just in time, from October 19th to October 21st.

Now that the Festival of the Lost event is live in Destiny 2, visiting Xur might prove really useful. The Haunted Forest can get pretty tough, and maybe some exotic that Xur will be selling will make a difference for you. You can also check out some of our other guides on the subject, including Haunted Forest Chests Locations – How to get Fragmented Souls, Haunted Forest Tips & Tricks, and others.

NEXT POSTRed Dead Redemption 2 Launch Trailer Released Ahead of Launch