Rockstar Games released their first, six minute long, gameplay trailer from the much anticipated Red Dead Redemption 2. While we did get to see the game in previous trailer, for the first time we get to see footage recorded directly from the game being played on Sony PS4 Pro. Footage looks stunning and it gives us a lot of new information about various systems and gameplay mechanics. We were introduced to the vastness of the open world and different environments we’ll be able to come across. Lot of fist fighting and some gun play was shown along with the revamped dead eye system. We also got to learn a bit about your home base, horses and different activities and interactions you can have. That’s a lot of details in just 6 minutes of footage. Luckily, that is not all and this is only part one of the RDR2 gameplay trailer series.

Trailer narrator explains that RDR2 will take place during the last days of the Wild West. You will play as Arthur Morgan and be part of the gang still living the outlaw lifestyle. Opening shots of the trailer immediately show us just how big the world will look. Open world engine they are using seems to be even better than the one in GTA V and graphics fidelity is rather stunning. We are also shown different types of environments the action can take place in. There are regular prairies and dirt filled areas we are used to from the first game, but we will also have snowy, swampy, mountainous and woodland areas to explore. You will also get to visit different sized settlements and see everything from cattle ranches to cities that are approaching modern age development. The true star of the trailer is the open world because each time we get a panoramic shot you have yourself a desktop background worthy screenshot. 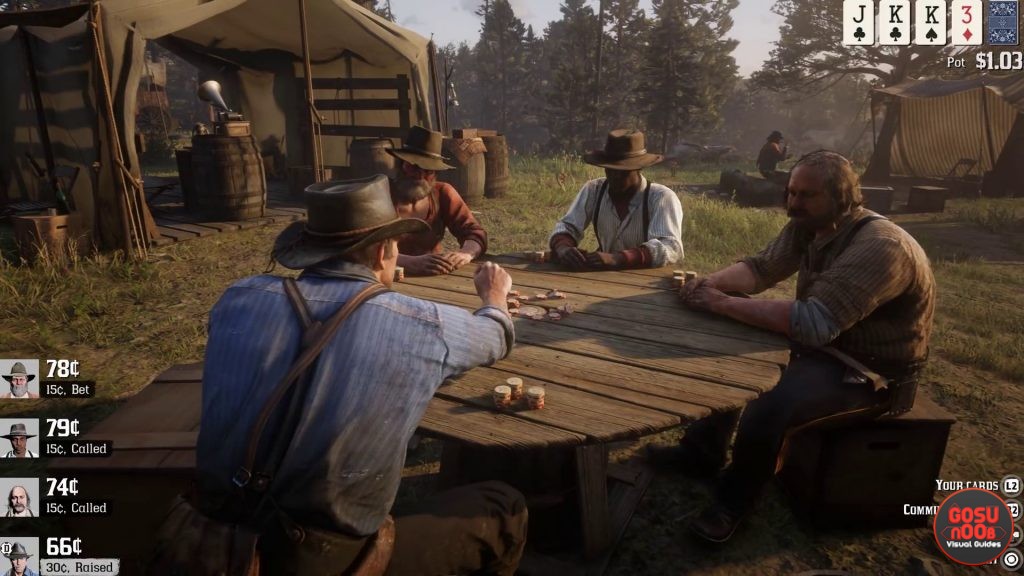 Your base of operations will be a bandit camp that moves from one area to the other. Main story plot will revolve around your band of misfits and there will be many things to do and take care of in your home camp. It is obvious that you will be able to do all sorts of missions for your gang friends, which in turn will create bonds and relationships that may or may not unlock further boons or story arcs. You will have several activities in the camp ranging from acquiring food via hunting or stealing or you can just sit down for a few rounds of poker. In one point of the trailer you talk to one of your gang buddies and I swear the NPC looks just like Trevor from GTA 5. I am guessing Rockstar won’t pass up on the opportunity to have some colorful characters in the camp. 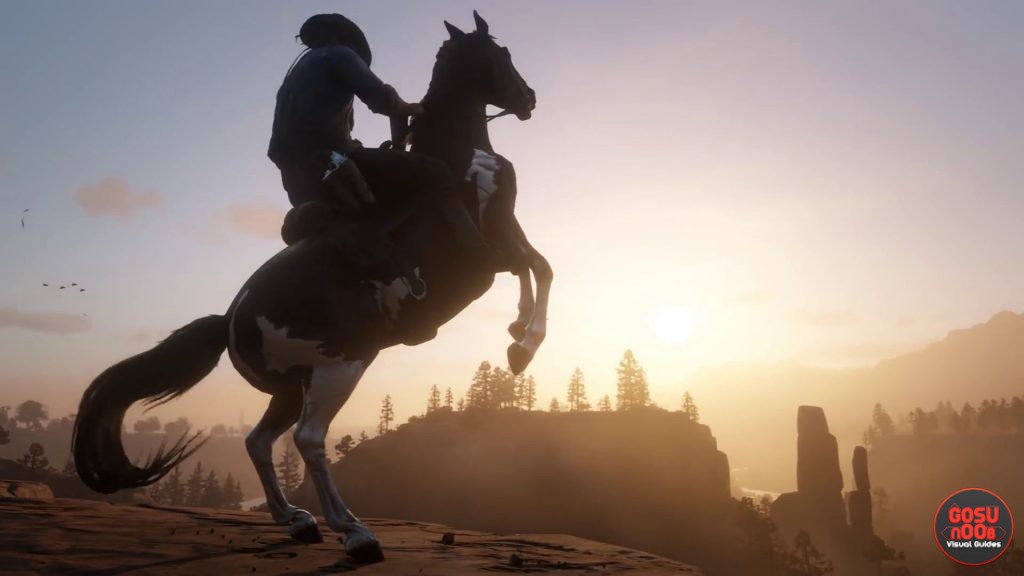 Rather surprisingly we get to learn a lot about the horse mechanic in the game. You will be able to find different types of horse breeds in the game and it seems you will be able to build reputation or relationship with them. This, in turn, will make their characteristics better, wo you will be able to control them easier or even perform neat moves. There also seem to be horses that will be more suitable for different types of jobs. Using one horse to haul heavy loot and another for fast chases or fights perhaps? It remains to be seen, but we can expect to have different equipment that will extend your horse’s usability and make him an inseparable companion, just like they teach in cowboy school. Horse game mechanic obviously will help world traversal, but also extend your inventory and play a role in gunfights and escaping the law. All integral part of the main gameplay. 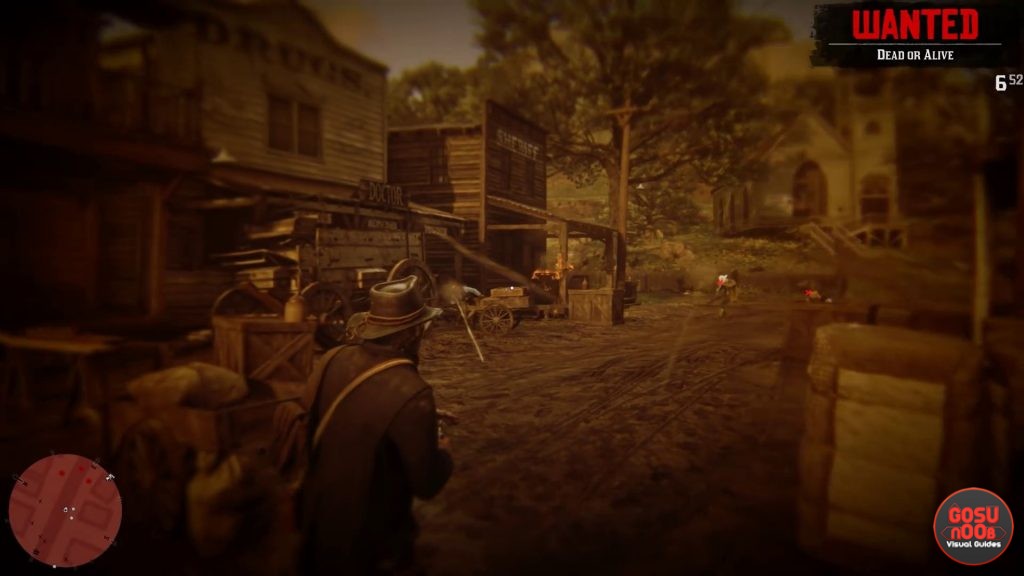 We saw a lot of fist fighting and they obviously increased the number of moves you’ll have during these. What every cowboy of the Wild West craves for is guns and we get to see some of that in the trailer as well. We see what seems to be a sniper rifle in one moment. During one fight scene you use a pistol in your right and double barrel rifle in the other to finish off three enemies while dual wielding these. There’s a bow Arthur uses while we are shown a hunting scene. At the very end the trailer promises that Rockstar will talk more of gunplay in the next trailer. The exciting part is that we are graciously shown footage of the Dead Eye system that we had in the previous game as well. During a fight time slows down and you mark three different targets with Dead Eye and end them with three pistol shots. Just like the rest of the trailer we see a lot of things familiar from the first game just bigger and looking upgraded or updated. What I liked was that one scene where Arthur cleans his pistol and its got all these engravings on it. Perhaps we will be able to acquire some unique weapons in the game.

Red Dead Redemption 2 first gameplay trailer shows exactly what we want from Rockstar’s open world games. Huge playground with hundreds of little details that will make traversing it so fun and cool. It is not a Michael Bay explosion extravaganza we are used to seeing from some other companies. Rather it is the display of a sandbox you can’t wait to play in and discover all its little nuances. We didn’t cover everything the trailer shows, since there is so much. I can just say that we can’t wait for the next one and the eventual release of the game in October. You make sure and let us know in the comments which parts of the trailer you guys liked the most and found to be the most interesting part. In the meantime enjoy some screenshots we grabbed from the trailer you can feel free to use as your desktop background until the next trailer.