Legendary bucks are a new type of animal in Red Dead Redemption 2 Online. They were added in an update recently, and there are two kinds – the Mud Runner and Snow Buck. Both are typically elusive, and both can provide you with unique pelts and samples that you can give to Harriet. If you’re having trouble finding them, like most people are, this guide will show you legendary snow buck & mud runner RDR2 Online locations.

How to spawn legendary buck?

Both buck have a tendency to show up during daylight hours, in dry weather. If there’s a storm brewing, you might want to hold off. Neither is tied to a quest, but you might have to be a higher level Naturalist for them to even appear.

Where to find legendary snow buck?

The snow buck most often appears around Aurora Basin, the tiny lake on the edge of the map in Tall Trees, east of Blackwater. Make sure you’ve got some pheromones on you, to make the hunt easier. It’ll try to run when you start shooting, so make your shots count. 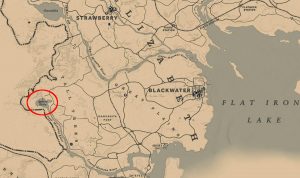 The legendary mud runner buck can be found in the Heartlands, on the shore of Flat Iron Lake. Pheromones won’t hurt here either, and you might want to use an item that will let you sneak up on it more easily. As soon as you start shooting, it’ll try to hightail it out of there. 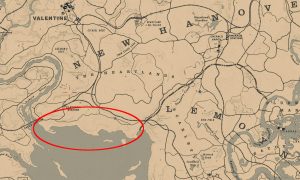 Each of the legendary animals in RDR2 Online has a third variant, so we expect another legendary buck in the near future. It’ll probably be tied to Naturalist role quest, since that’s how it was with the other animals. We’ll be sure to update this guide if and when that happens.