Legendary wolf is one of the legendary animals you can hunt in Red Dead Online. There are several subspecies of this animal, including the Moonstone wolf and Emerald wolf. Once you’ve found one, you can either sedate it and get the sample, or kill and skin it for the pelt. The samples can be sold to Harriet, while the pelts can be sold to Gus so he can make you new garments. It’s a tough choice. This guide will help you find legendary wolf in RDR2 Online.

How to spawn legendary wolf?

The legendary wolf doesn’t appear in free roam until you’ve passed a certain level. It’s unclear exactly how it works, but at level 5 you’ll get a mission from Harriet to get a sample from one, which will be your first encounter with it.

Where to find legendary wolf RDR2?

Your best bet for finding the legendary wolves is using the map and relying on missions from Harriet. Some legendary animals don’t spawn unless your naturalist rank is high enough, so keep doing those missions. If you’re in the right spot and the animal isn’t showing up, you should try joining another session.

The easiest way to get to the Legendary Moonstone Wolf is to bump up your naturalist level up to 12 and head over to Harriet. You’ll have a third mission slot by then, and the Moonstone wolf mission is one of the options that can appear there. Once you have it, simply follow the trail until you find the wolf and its two companions. Try to get a height advantage – both for easier shots and staying away from their fangs. 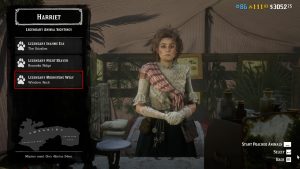 The Moonstone Coat is a garment set you can buy from Gus. It’s one of those that has the animal’s head for a hat, and the description states it’s too warm for hot climates, but it can stop your from freezing in cold weather. In order to get it, you’ll need to sell the pelt of a Moonstone wolf to Gus, then pay the $775. 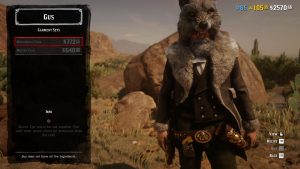 The legendary onyx wolf is the basic variant, which you can hunt right from the start. It’s pitch black, and you can find it in the north of the map, in the Wapiti Indian Reservation, north of Fort Wallace. It seems to appear only at night. 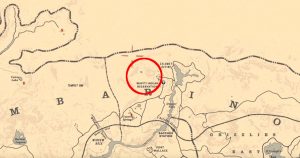 The Emerald wolf starts appearing after you’ve reached level 5 in naturalist. It appears in the north of the map, in the Grizzlies. You should look for it next to the letter “O” in Ambarino. 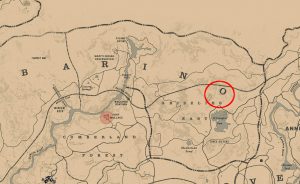