Await the World-Eater is a quest item in Destiny 2. It looks like it’s a random drop, but it’s actually tied to a bigger quest chain. Many players are finding it in their power weapon slots, not knowing what it does or how in the hell it got there. We’ve decided to write this guide in order to help you with the Destiny 2 Await The World-Eater quest.

On The Comms Quest

It all starts when you get a drop that nests in your power weapon inventory, but cannot be equipped. The first quest chain is called On The Comms. This random item requires you to go to Nessus and get certain communication ciphers from Red Legion soldiers. You’ll need five of these. When you’ve got all ciphers, you’ll get the next clue. Since the ‘On The Comms’ item is a random drop, your best chance to get it is by killing any Cabal enemies in Patrols in the European Dead Zone.

How to complete Await the World Eater quest?

UPDATE:
Once you start the Leviathan Raid, the quest Await the World Eater will update to the next quest step Destroyer of World telling you to complete Leviathan Raid.

Board the World eater vessel and defeat raid Leviathan. Grow fat from strength. 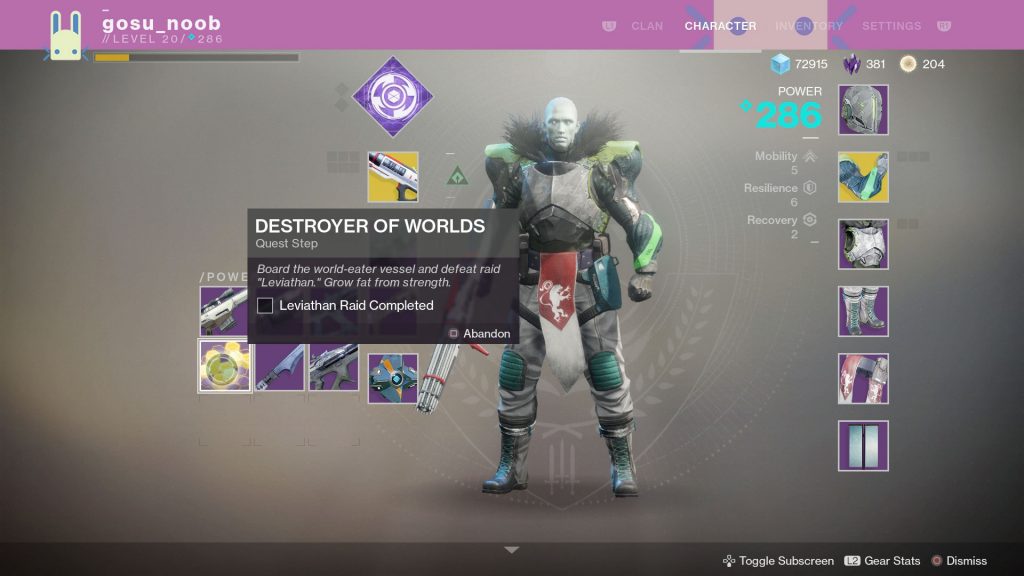 OLD TEXT
Nobody has figured out how to complete Await the World Eater step. It’s a mystery, but many people are speculating it has something to do with the upcoming raid. A fan favorite theory claims the Leviathan that was spotted in the beta on Nessus is actually where the raid will take place. And the Leviathan concept art clearly shows him eating a world, so it makes sense. This theory leads us to believe that reward for this quest might be a new exotic raid weapon.

Another theory suggests that the World Eater is actually the giant water snake you can spot surfacing on Titan. It’s a bit more far fetched, but just as interesting as the other one. We’ll know soon enough – the raid will be released next week, and all shall be revealed. Until then, keep the item safely stashed away and learn to live with one less power weapon slot.

NEXT POSTNintendo says NES mini will make a comeback next year