Perfect Pelts in Red Dead Redemption 2 are rewarded when you get the best kill possible. This is no easy feat since the hunting system in the game is very intricate. It has a lot of moving parts. In this article we’ll go through all the basics and some advanced techniques to help you get perfect pelts in RDR2. These hides are required for crafting various outfits and camp upgrades. For you fashion aficionados out there hunting will be a very important activity if you want to have Arthur look just right. Included here is also a list of which weapon to use for each animal group to get the perfect pelt. We hope this hunting guide will help you get that much sought after perfect hide. 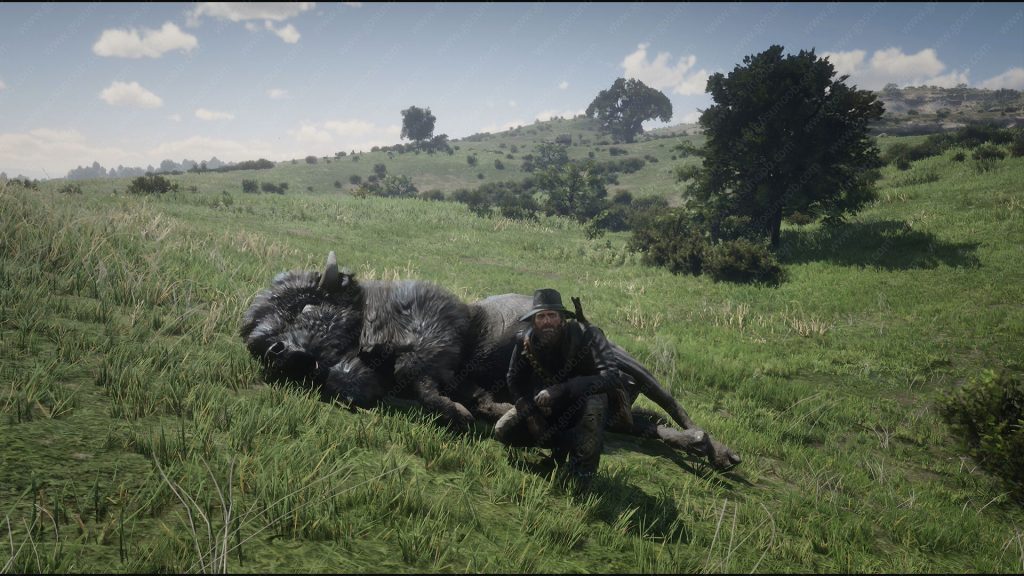 How to get Perfect Pelts from animals in Red Dead 2?

You have to find animals of pristine quality and kill them with the appropriate weapon by shooting them in critical spots. When said like that it might sound easy, but things are not as straightforward. Each animal in the game has three different qualities marked with star ratings in the lower right of the screen when you inspect them. Three star animals are pristine and are the only ones that can drop perfect pelts. Legendary animals can be killed with whichever weapon you want and however you want. You always get legendary pelts from them.

If you shoot an animal with the wrong weapon it will reduce its hide quality. There are five sizes of animals: small, moderate, medium, large and massive. Each size needs to be killed with either a bow, varmint rifle, rifle, repeater (yes these are different then rifle) or scoped rifle (sniper). Obviously you will have to be far enough into the game to have access to all these weapons. They can all be purchased from gunsmiths or found in the open world. The list of which animal size needs to be killed with which weapon is further down in the article. 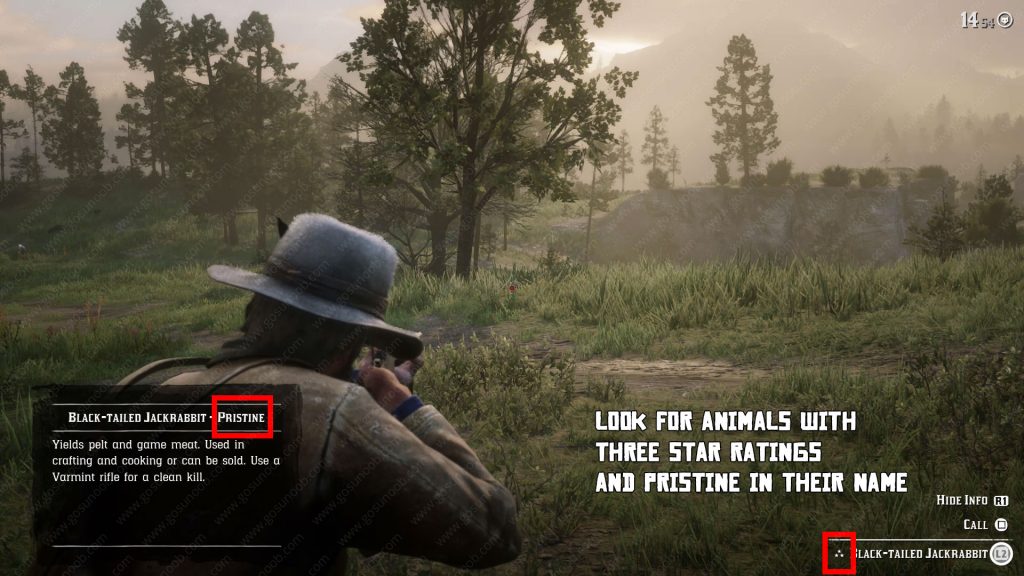 Lastly, there are three types of shots you can do on an animal. At the very beginning of the game you are told that you have to shoot deer in the head or neck for critical kills. Each animal size has the same rules. You can shoot the animal with a fatal hit, which kills it instantly. This is hard to do and only a small area on the animal will grant you this shot. There are critical hits that will take a large chunk of health and preserve the dropped hide quality. If you miss these two hits you will get a normal hit and probably spoil the quality of the hunted animal’s pelt. Each of your shots have to be fatal or critical to get a perfect pelt.

Bellow is a table showing all animals and which size group they belong to and which weapon to use for perfect kills. You can one shot kill small animals with a bow equipped with Small Game Arrows. Craft these in the gang’s camp or in the field via your Items wheel. Moderate animals need to be killed with Varmint Rifle and are also one shot kills. To kill medium sized animals use Repeaters and then shoot them with fatal or critical hits. For large animals use Rifles. Massive sized animals require to be hunted with scoped rifles and then shot in the correct spots.