The latest Destiny 2 season, Season of Arrivals, arrived yesterday. It continues the stream of events that started last season and is a prologue to the upcoming expansion, Beyond Darkness. The new season includes a new dungeon, new quests, and story bits, as well as a new exotic weapon called Witherhoard. This grenade launcher fires a so-called “Taken Blight,” a projectile that turns into a weird, energy-squid like stuff once it hits an enemy. And the weapon is pretty powerful, at least against raid bosses.

Destiny 2 Has Another Glitched Weapon, Use it While You Can 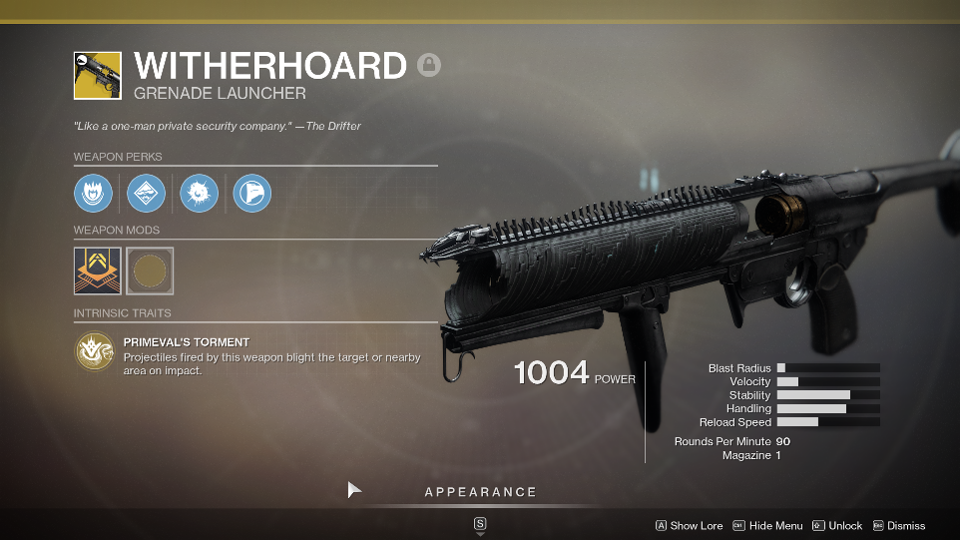 The grenade launcher insta-kills raid bosses. Well, not exactly insta-kills. You have to fire a couple of shots at them and then, all of a sudden, they fall like being hit by a speeding train. You can check out the video below to see how to kill Emperor Callus in about twenty seconds (thanks PC Gamer!). Now, it seems that the latest Destiny 2 exotic weapon’s damage or its effects don’t stack, making it even weirder why raid bosses die so easily. Unless it’s some sort of glitch.

Destiny 2 had its share of glitched weapons in the past so this won’t be the first time for this to happen in the game. And this isn’t the only bug that arrived with the new season. There’s a slim chance people at Bungie released a weapon this powerful knowingly. Maybe if Witherhoard were some ultra-rare exotic weapon that was a pain to get, but this exotic is given to players who bought the latest Season Pass. Since Witherhoard’s insane damage is probably a glitch, chances are Bungie will fix it pretty soon. Which means now’s the time to revisit your favorite raids and do some farming because happy hour won’t last for very long. We hope it’ll last at least until Saturday. It would be awesome to start the weekend with some cool new raid gear.