Most Wanted Side Missions are missions involving supervillains in Batman: Arkham Knight. You’re not required to finish them, but if you want to see the “real” ending, you’ll have to. They usually consist of several encounters with said villain, a boss fight and a ride to GCPD lockup. In this guide, we’re going to list all of the Most Wanted Side Missions, as well as the best ways to solve them. 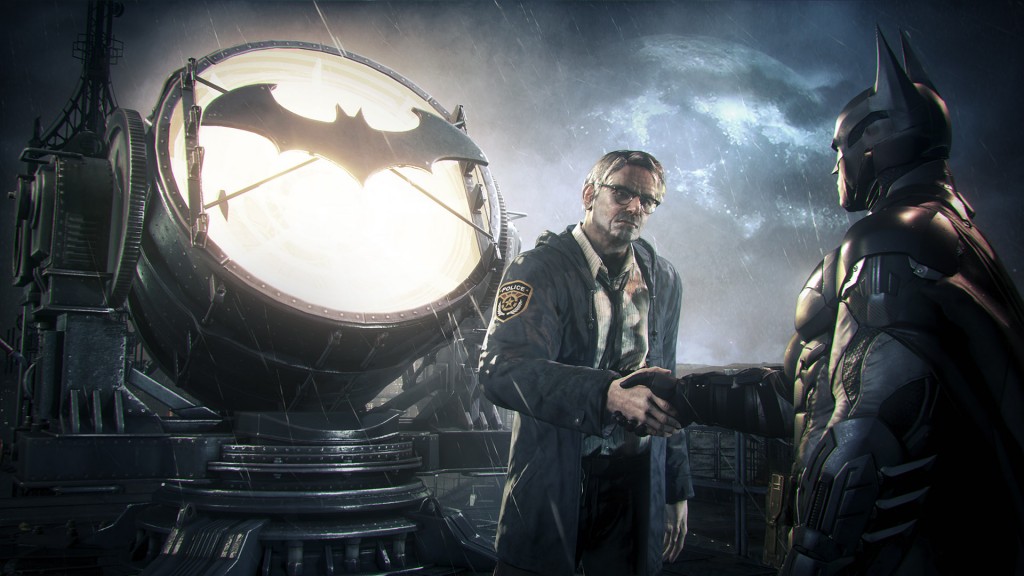 There’s eleven slots for these supervillains in the maximum security holding part of the precinct. What happens after you initiate the Knightfall protocol depends on how many villains you’ve arrested. Locking seven of them up results in an ending “beyond that of the story”. When you get all of them locked up, you’ll get the “true” ending.

The tragic and mysterious figure makes a comeback in Arkham Knight in a mission called Heir to the Cowl. You’ll get to play as him while doing trials set by Batman, to see whether you’re capable of becoming a vigilante.

The deranged circus owner/serial killer makes an appearance in Gotham, making you investigate a series of ritualistic murders in a mission called The Perfect Crime. Tracking him down will require persistence and a keen eye for detail, while defeating him in combat will depend of your ability to dodge. If you’re able to withstand his singing, that is.

During The Line of Duty side mission, you won’t be chasing after a villain, for a change. Instead, you’ll be tasked with finding and rescuing over a dozen firefighters that went missing, and are held hostage by the gangs of Gotham. Their misfortune hides a terrible secret, a tale of loyalty, despair and doing the wrong things for the right reasons.

The most intelligent inmate of both Arkham institutions is back with a vengeance. He will organize nine challenges for you to overcome in a mission called Riddler’s Revenge, which make you rely on your reflexes as much as your wit. When you’ve proven you’re his intellectual superior, you’ll meet him face to face and bring him to justice.

The mercenary super-soldier is looking for payback, this time in the employment of the Arkham Knight. You’ll have to finish three different side missions in order to apprehend him – Campaign for Disarmament, Occupy Gotham and Own the Roads. After you’ve weakened the militia enough, you’ll get to fight Deathstroke himself, and lock him up in GCPD’s maximum security holding cell.

Dr. Langstrom has injected himself with the serum again, becoming the hulking monstrosity that is Man-Bat. You’ll have to hunt him down and face him at his worst, several times, in a mission called Creature of The Night. After you finally overpower him, you’ll take him to GCPD lockup, where he won’t be able to hurt anyone.

Two-Face is looking to exploit the fact that Gotham isn’t under adult supervision anymore by robbing banks using thugs dressed as garbage men, in a mission called Two-Faced Bandit. You will have to stop the three bank robberies by reacting to the alarm when it goes off. After that, you’ll confront Dent and take him into custody.

You’ll encounter Cobblepot several times while destroying five of his weapon caches during a mission called Gunrunner. After you’ve destroyed them, he’ll get tired of it and face you. If you win, you get to take him to prison.

The hovering pyromaniac finally shows his face again, in a mission called Gotham on Fire. Firefly is going to set fire to buildings across Gotham, and you’ll be tasked with damage control and apprehending him. After you’ve intervened at a couple of these, you’ll finally get the chance to take him down and put him in prison.

Deacon Blackfire is a cult leader and religious zealot who kidnaps Jack Ryder, and it’s up to you to rescue him. The mission is called Lamb to the Slaughter, and it’s unlocked near the end of the game.

The mysterious identity thief is back with a vengeance – the mission involving him (A Friend in Need) is short, cannot be missed and requires very little input on your part. It happens during the main story, when Lucius invites you to Wayne Tower.

This mission involves chasing after militia APCs and destroying them. They appear randomly on the three islands, and you have to mark the mission on the mission circle to make them active and start receiving their signal. They unlock as you progress through the main story, and the last set isn’t available until chapter 9.